Nike continues the legacy of their most popular line with the release this month of the Nike Air Max 2016. Back in the day most running shoes featured the EVA midsole that had a major flaw, getting flat quite fast, loosing this way its cushioning properties. Shoemakers have been in a race in coming up with their own signature technologies and most have succeeded, sooner or later. Nike has always been  an innovator in finding new ways to offer midsole cushioning and by late 70's they came up with the Air-Sole unit that was used in combination with the foam to build a sole that would offer the optimal support for athletes. In 1987 the idea of having this unit visible in the heel was introduced and the Air Max line was born.The enormous success the brand had with every model year after year made them develop this line more and more to get the most out of it. Over the years the earlier editions of this series have been celebrated as some of the most iconic classic sneakers on the market. In 2006 the idea of a full Air Unit sole was materialized with the release of  the Nike Air Max 360 sneaker. Every year since then a new, improved version of this shoe is released and its popularity continues to rise.

The brand has made it a tradition to release its new model just before the Holidays for obvious reasons and this year is no different. The first thing to notice is the upper construction. The first versions released look less flashy than the 2015 ones and my guess is that Nike will continue along these lines this year. The swoosh was moved to the front and the flywire cables, also present in the 2015 version, are now straight aligned on the sides, resulting in a better use of its benefits but also in a "cleaner" look. This technology has been introduced by Nike in most of its shoes for the past few years for a good reason; in combination with the lacing system it creates a secure fit that don't "strangle" the feet.

The upper construction of the Nike Air Max 2016 seems to be focused on improving the breathability of the shoe; the engineered mesh provides a comfortable airflow throughout, from the back heel to the front while adding to the cushy feeling of the shoe. In combination with the mesh inner sleeve the Nike Air Max 2016 provides a sock like fit, a goal most running shoes brands try to achieve. The plush foam and mesh tongue adds comfort without compromising breathability.

The Nike Air Max 2016 stays in trend with some reflective elements on its upper construction; the swoosh, tongue logo and back heel create this cool effect in the dark.

The full Air Max sole is similar with the 2015 version with no major changes. Many believed that the Nike Air Max 2015 had been one of the best in the modern era so there is no surprise that Nike did not change much about the sole this year.Its tubular construction makes the shoe more flexible and adds more air underfoot with every stride. The Air Max print on the heel is present this year once again, despite many are not fas of it. But since Nike Air Max 2016 is much about the looks, the print fits right in the overall picture. The waffle outsole offers optimal traction on any surface. 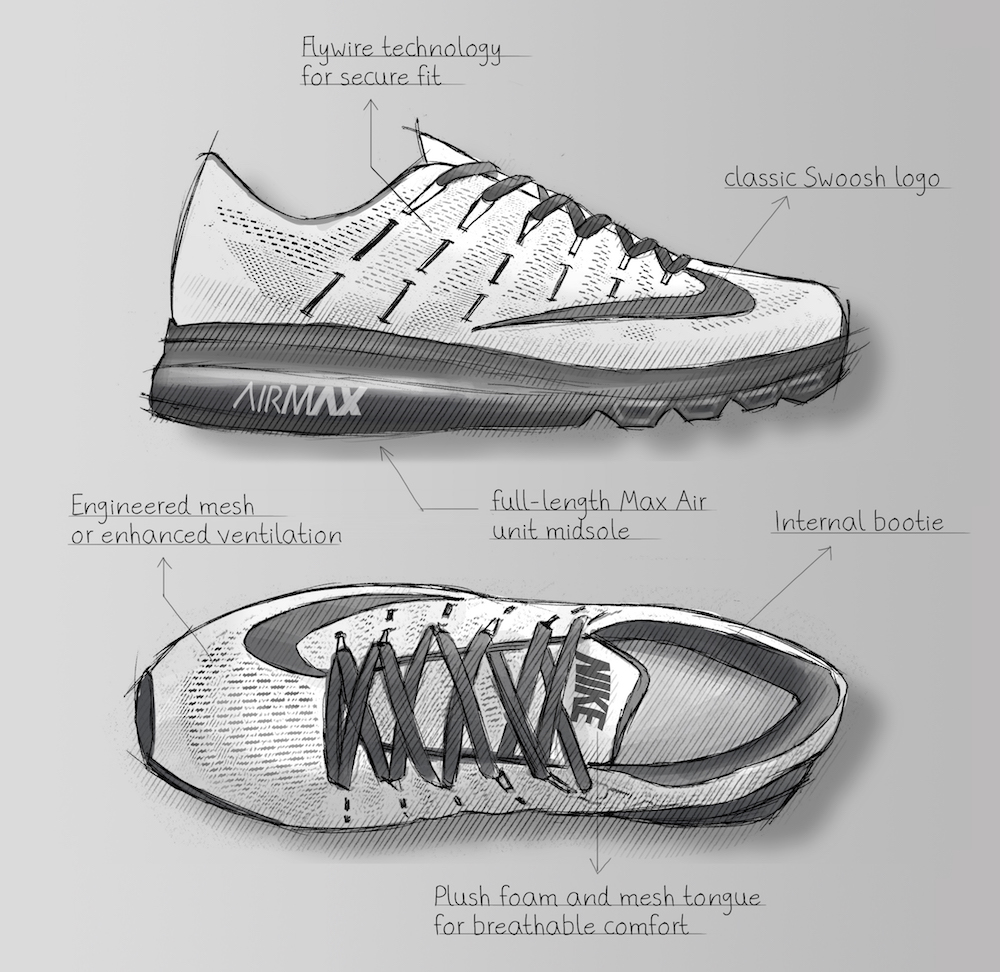 As with many of the previous styles , the Nike Air Max 2016 is not much of a running shoe but more of a casual sneaker, recommended by its cool looks, cushioning and overall comfort it offers. With so many more performant running shoes available on the market, including several offered by Nike, it's best to use these for training or every day use. 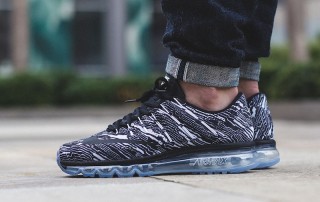 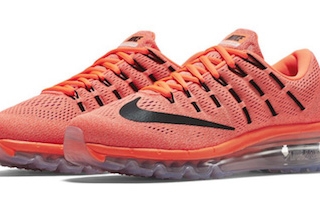