The second edition of the Under Armour Scorpio running shoe was released months ago, some great deals being available at two of the issued colorways. We grabbed a blue and black pair to get a closer look, our favorite next to the black and white one. At a fist look this edition is very close to the first one, with the only visible changes on the upper of the shoe where there is more seamless mess and less synthetic materials (neoprene) , making it an even better fit. The Under Armour Scorpio is a cleat inspired running shoe made for rough terrains. The most striking feature is the rubber pods that ensure some traction that you don't see at many other in its category. The cushioning is ensured by the Micro G 4D foam, placed between the solid plate that adds stability and the rubber outsole.

All in all the Under Armour Scorpio 2 running shoe is a one of a kind piece of footwear, with a distinct look and features. It's easy to see Under Armour further developing this style and make it one of their signature styles. The white and silver pair is also on sale, grab yours while they still have all sizes. 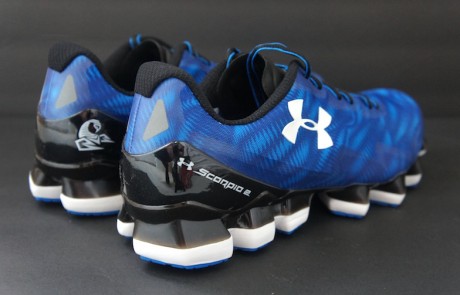 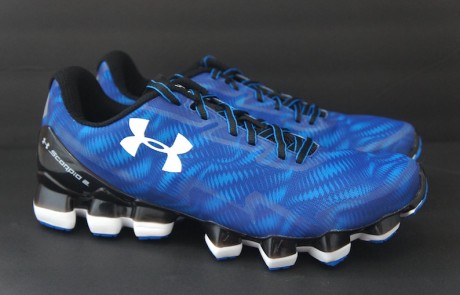 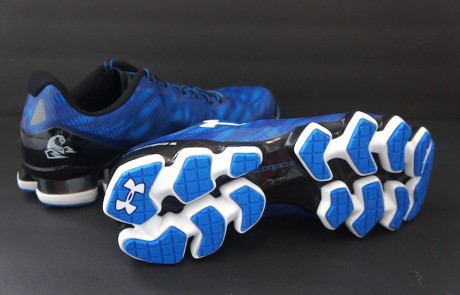