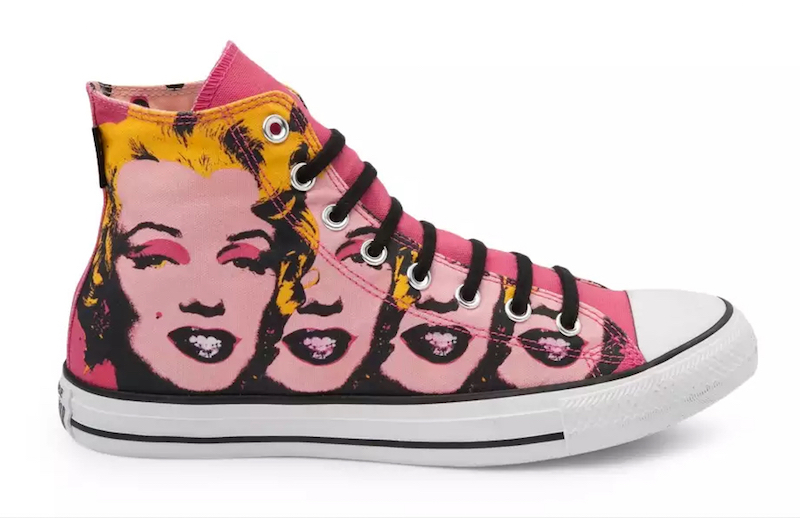 Converse continue their collaboration started in early 2015 with the Andy Warhol Foundation by releasing this summer the All Star Marilyn Monroe sneaker. The Hi Top Chucks are once again printed with one the visionary artist's paintings, representative for his approach to art. Back in 1962 when Marilyn Monroe died of a drug overdose, Andy Warhol spent the next following months celebrating her legacy with a series of paintings, all based on a 1953 picture made public from the movie Niagara. More than twenty paintings have been created by the artist at that time, in various colors and shades, with a repetition of her picture that was meant to suggest her obsessive presence in the media. Andy Warhol has found in Marilyn Monroe' legacy two themes that were often found in his artwork: the cult of celebrity and death.

The Converse All Star Marilyn Monroe sneaker illustrates one of Warhol's paintings in his characteristic repetition style all over the upper canvas. We've seen many custom Converse Marilyn Chucks over the years but this is the first official from the brand. This is a nice addition both to the Converse Andy Warhol collection but also to their special edition Chucks that constantly come out every year. The shoes are set to release in June and you can pre-order them at the link shown below.