Among the many special sneaker releases on Air Max Day 2017 the Nike Air Vapormax has certainly taken the spotlight. There has been a lot of anticipation around this new sneaker ever since it was first unveiled at Nike’s Innovation Summit in 2016. COMME des Garcons and Nike have released on February 8th a very limited collection made of two special versions, one in black and the other in white. The official release day, however, it was always meant to be March 26th, the day when the brand celebrates 30 years since Nike Air Max 1 was first introduced. The idea of a unit sole made only of air bags has been around since the Air Max series has started. However, the advanced technology necessary to achieve this has only became available in the recent years.

With adidas having so much success with their BOOST technology recently, the need for a new twist of the traditional Air Unit sole has became even more evident. Having a $190 retail price, the Nike Air Vapormax is a direct competitor of the adidas UltraBOOST running shoe. The latter has been hailed as the best ever in its category but it does not mean it does not have flaws. For those looking for a firmer sole with more bounce back, the Vapormax may be a better choice.

The upper of the Nike Air Vapormax is made of Flyknit with Flywire cables which in combination with the all Air sole makes up for the lightest Nike running shoe ever. It's interesting to see how the public will react to this new design, if it will be recognized as a performance running shoe or not. Reviewers so far mentioned that the initial feeling before taking any steps is the one of a soccer cleat. Running in these seem to be a quite new experience so it remains to be seen. One thing is for sure, as many other Nike products it will turn into a  lifestyle sneaker sooner or later.

The official release of the Nike Air Vapormax on March 26th will include three versions; the platinum, triple black and the white and red one. They will be both men's and women's versions. 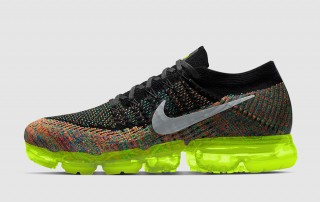 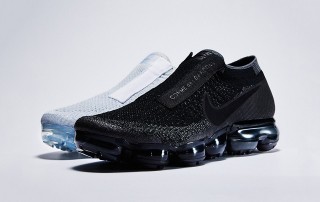 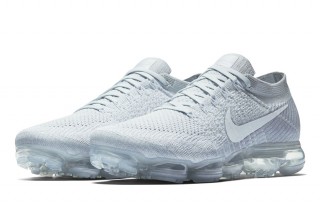 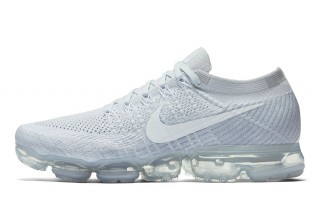 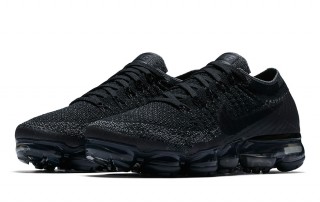 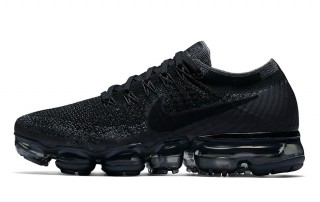 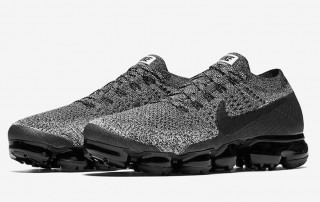