Vans is back again with a new special shoes edition series , this time featuring the characters from The Simpsons, the longest show in television history. You may remember seeing their faces not that long ago on the Chuck Taylors following the collaboration Matt Groening had with Converse for years. This time, the Vans x The Simpsons shoes collection released in the summer of 2020 is more diverse, with a multitude of styles and customizations that overshadows its predecessors.

The Vans x The Simpsons shoes collection features the classic Slip On, Era, Old Skool as well as the SK8 in its hi, low and rugged versions. In addition to the slip on with Homer, Bart is on display on the low SK8 with the mysterious "El Barto" graffiti. Lisa Simpson's run for president is commemorated in a special edition of the SK8 while America's favorite in laws Patty and Selma are featured along with Marge on a pair of Old Skool. Moe's Tavern is celebrated with a checkered design while Itchy and Scratchy get their own Era shoe. The Mr Plow rugged SK8 steals the show with a rare appearance of this style in a special edition collection, highlighted by its hefty price tag.

The collection is made of both adults and kids shoes , with prices ranging from $44.99 to the Mr Plow $114.99. Several pieces of apparel, backpacks and accessories complete this release that is sure to become a hit. You can get your pair at the merchants shown below. 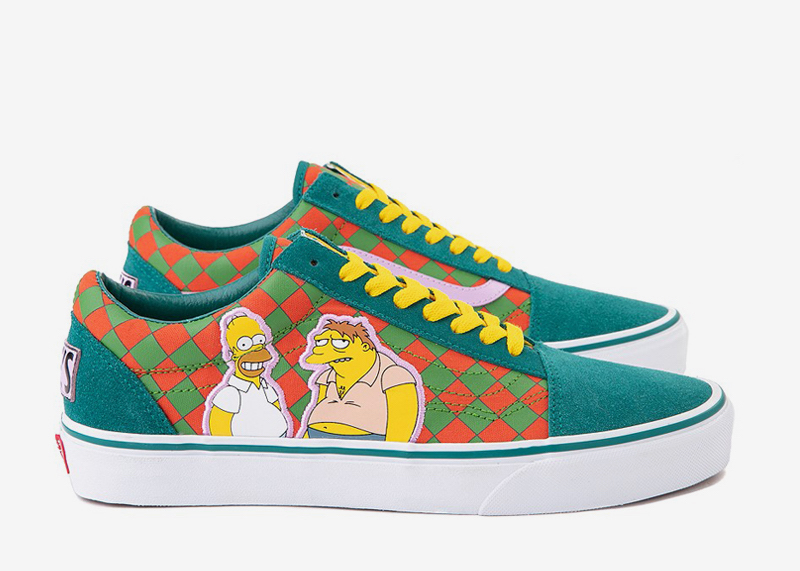 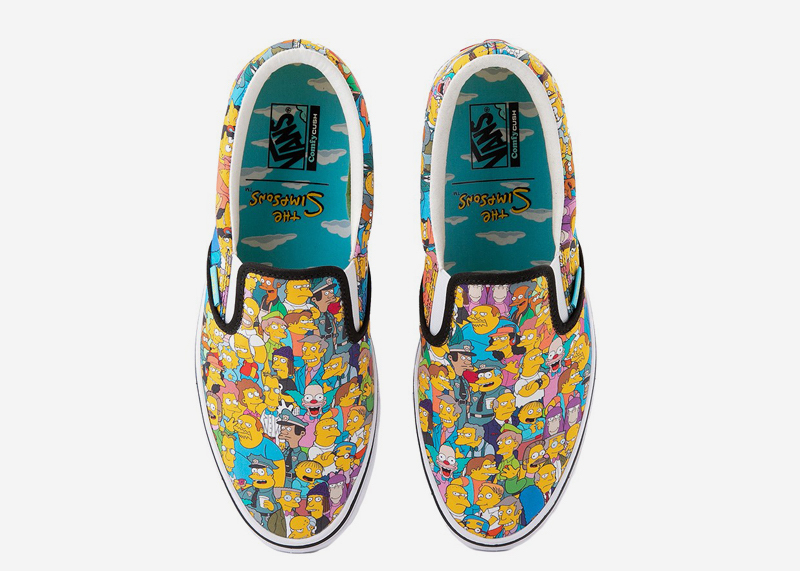 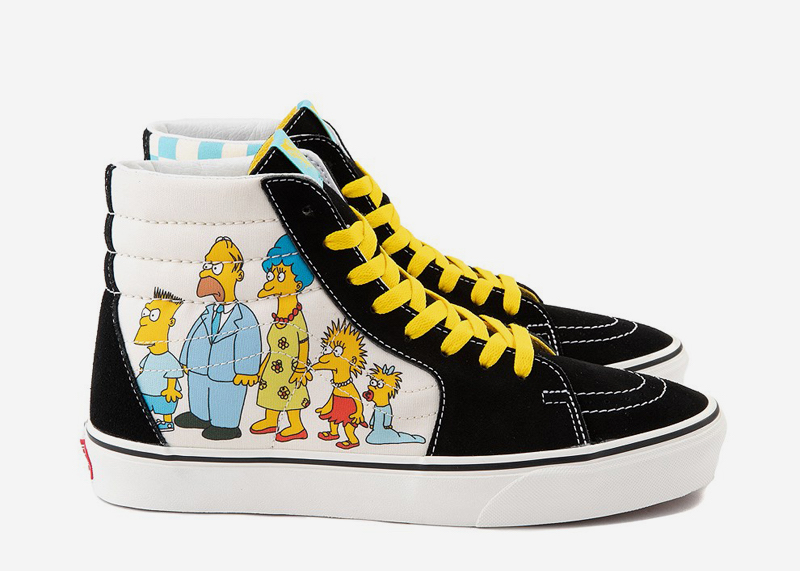 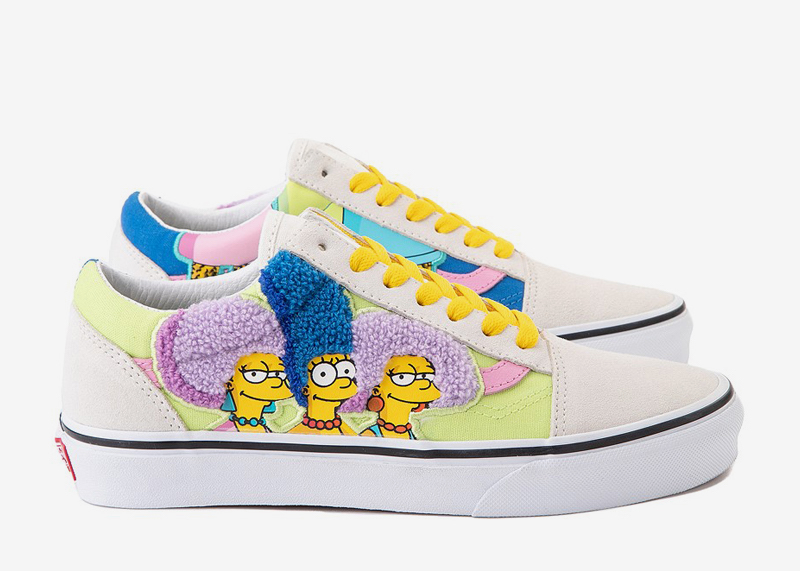 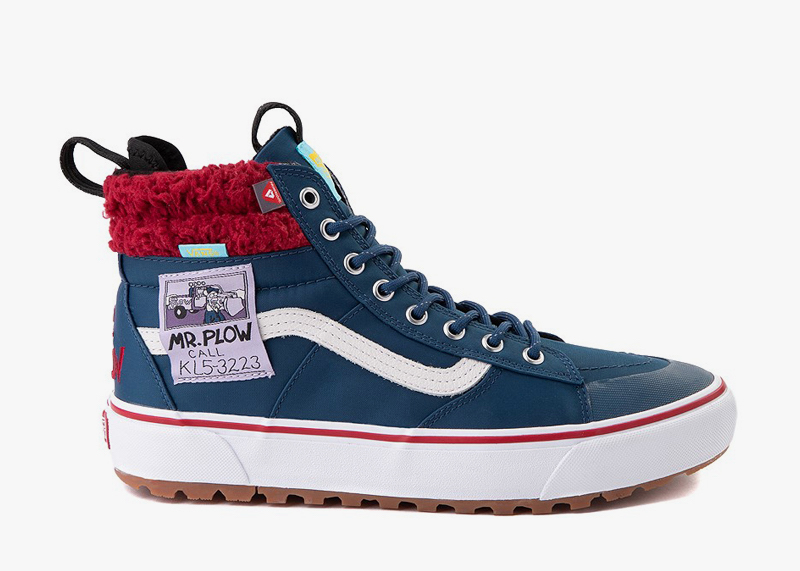 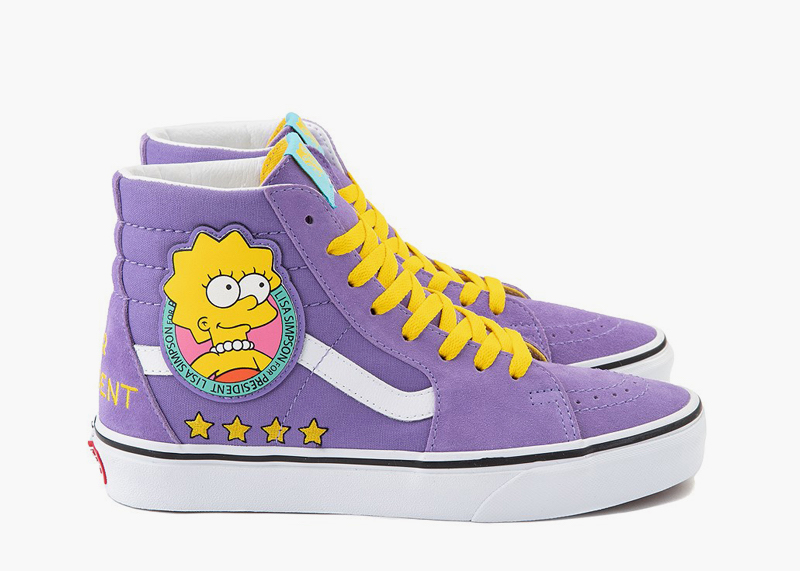 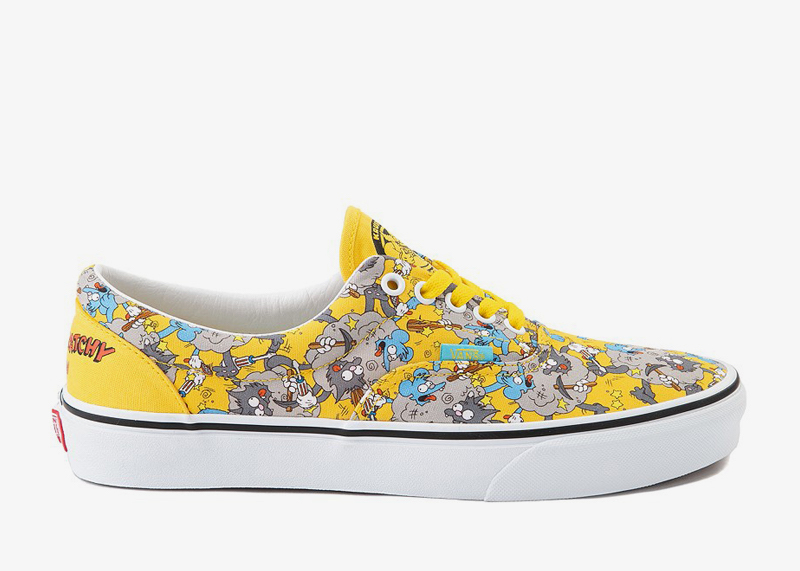 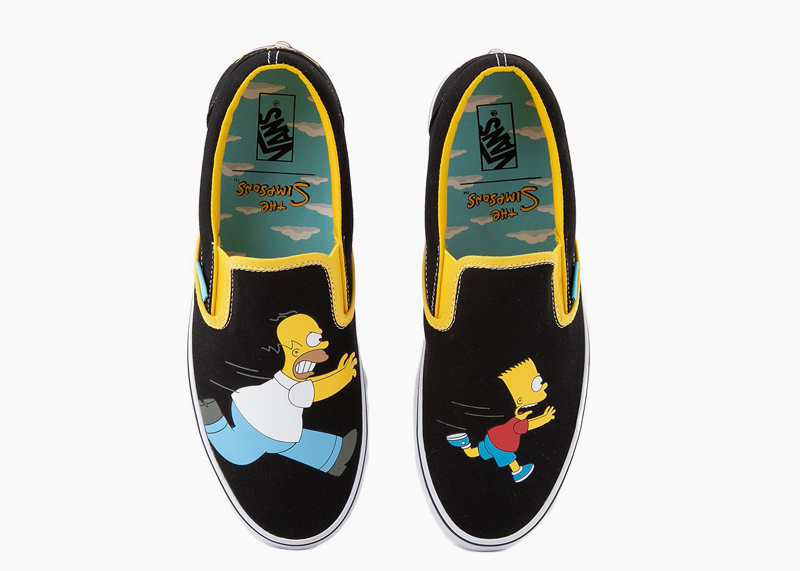 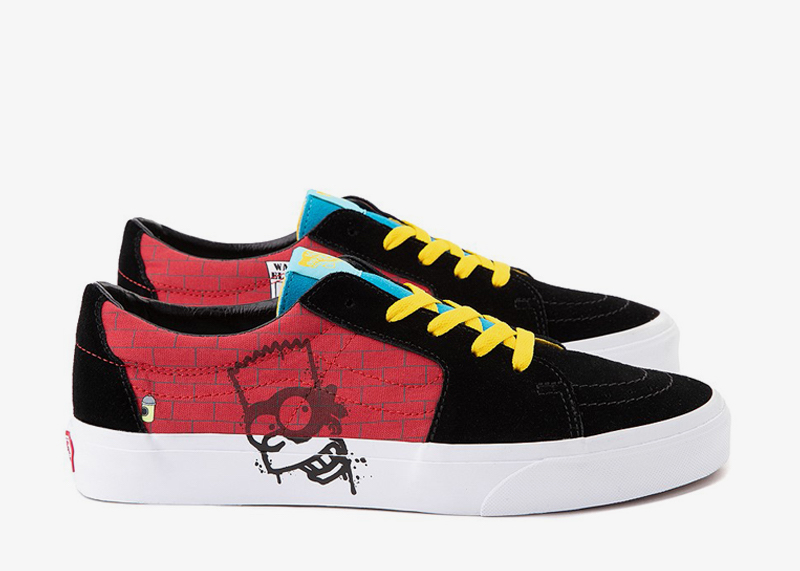