Today we're taking a closer loot at the Nike LunarEpic Flyknit, hailed as the future of running shoes, and review its features. Launched in early March, the shoe has caused quite a stir in the market, with many singing its praise for the way it fits and its performance on and off the track.

Although new to the running shoe market, Nike’s LunarEpic Flynit has been in design mode for some time as the company set out to build a shoe with what is referred to as a “vanishing fit.” In fact, the Nike design team is said to have been looking into creating a revolutionary shoe that fit like a glove, 18 months prior to the arrival of the LunarEpic. In addition to combining several of the company’s groundbreaking technologies, the shoe was also modeled off their successful Magista football boot.

The sock-like upper of the shoe was paired with Nike’s Flywire knitted footwear tech and superior cushioning materials to create a shoe that fits like no other. In a short time since its release, the LunarEpic has quickly gained a following among sport fanatics and runners in general.

Let’s take a look at some of the features many have been raving about.

To say the LunarEpic is eye-catching is an understatement. The shoe is designed to provide a seamless connection between the feet and the ground, offering unmatched comfort, traction and stability. The fluidity of the ride offered by the sneaker starts from the hardy outsole, which consists of circular, laser-cut pods, and extends into the Lunarlorn foam midsole. The cushiony midsole is made up of two different types of foam for enhanced flexibility, and also features contractible laser cuts along the sides.

The Flyknit upper is fused to the base by way of heat, rather than glue, continuing the seamless, streamlined design, and the upper culminates in a mid-top sock collar, which wraps the ankles. Additionally, the Flyknit material promotes comfort and unrestrained movement due to Flywire reinforcements and varying density stitches that offer extra support to areas of the feet, such as the arches, heels and forefoot.

In essence, the lightweight, breathable design of the Nike Flyknit LunarEpic is intended to make the wearer feel as if a shoe is not being worn. The innovative kick accomplishes this, not just as a result of the snug fit it offers that locks the feet in place as you run but also because it only weighs 8.3 ounces. 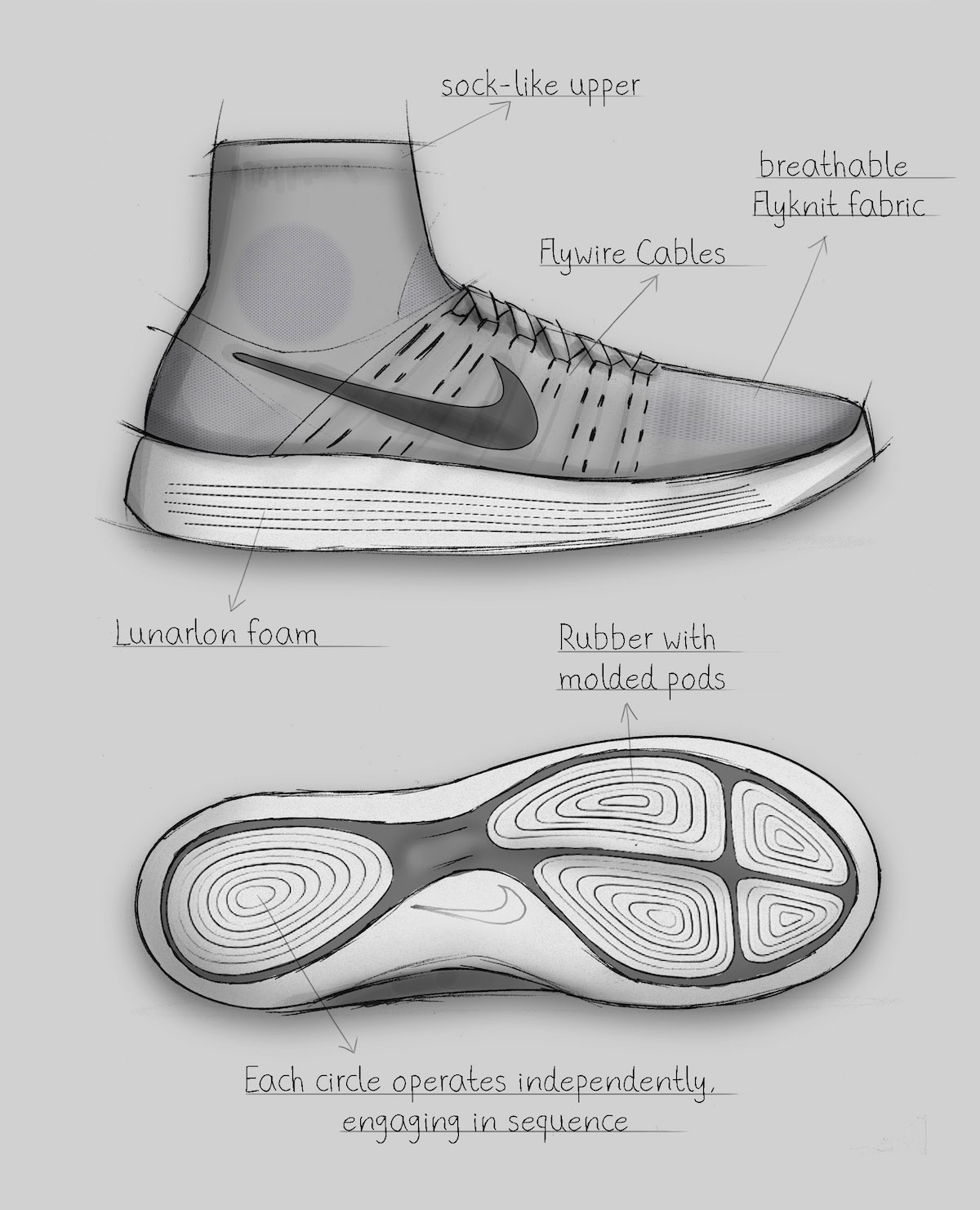 There are many high points that we've noticed during our Nike LunarEpic Flyknit review . They include:

The Nike Flyknit LunarEpic is not without its shortfalls despite its impact in the market. Features that have been singled out include:

Nike’s Flyknit LunarEpic is available in a number of colorways, so you are sure to find something that matches your style.