This week we welcome the release of the Nike Lunarglide 8 running shoes, and since we got a pair in stock we got a chance to review its features. In their quest for a better alternative for the EVA midsole that was used for decades by athletes, Nike came up in 2005 with the Lunarlon foam. In 2008 Nike Lunarglide was one of the first shoes to use this new midsole, followed in the following years that many other styles such as the LunarEpic, LunarTempo, Skyelux and LunarRacer, among many others. The brand's goal was to give athletes a running shoe that will provide both unmatched cushioning and support.

The Nike Lunarglide 8 has a complete new look from its predecessor , with a whole new sole design and an upgraded upper. Its new silhouette remind us of the much simpler Roshe Runs while the sole is vey similar with the one from the recent released  Nike LunarEpic. The re-engineered one piece upper features a seamless mesh material that is breathable but also deliver a sock-like fit, with the help of the visible Flywire cables. The plastic support heel tab that we've seen on every version since the first model was replaced with an internal heel counter.

The sole of the Nike Lunarglide 8 has been re-designed for an even better running experience. Traditionally built as a two part system, with a softer side for cuhioning and a harder one for stability, the Lunarlon is taking a new approach with this new model. Dynamic Support has been added to the mix while laser cuts make the midsole softer on the outer side. The lines on the midsole also replace the two tone design we've seen at the previous models, giving the shoe a sleeker, more modern look. The laser cuts also appear on the outsole, made of rubber with molded pods. The cuts on these pods are made in circles that engage in sequence with every step, adding traction but also better absorbing the impact in key pressure points.

Overall, while having a different look, the Nike Lunarglide 8 stays true to its core features that made it such a hit over the years. It's a lightweight running shoe that delivers unmatched cushioning especially on long runs. The shoes debuted on June 30th with several colorways that you can check out at the links shown below. 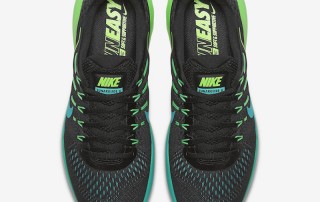 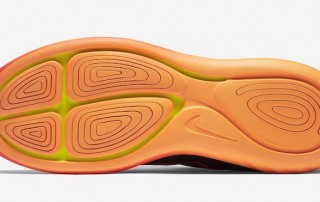 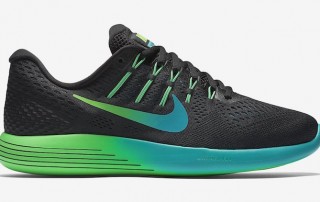 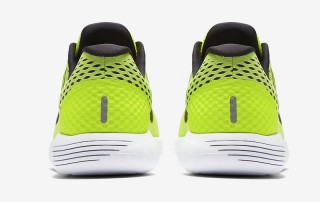