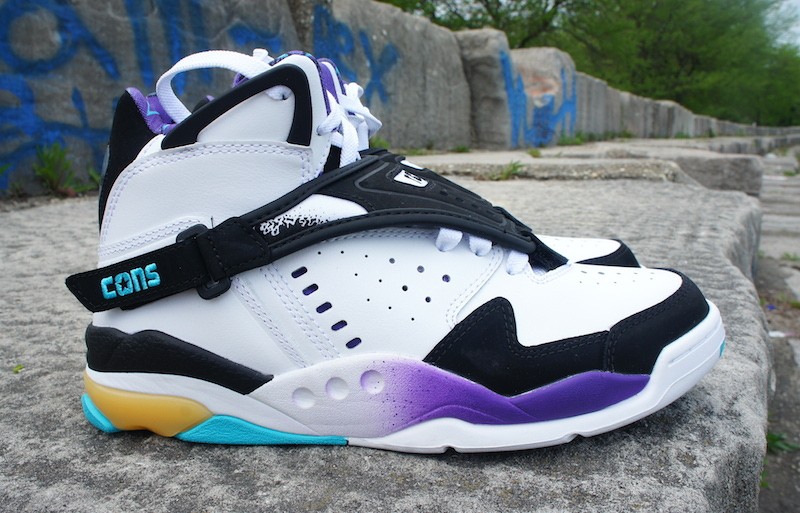 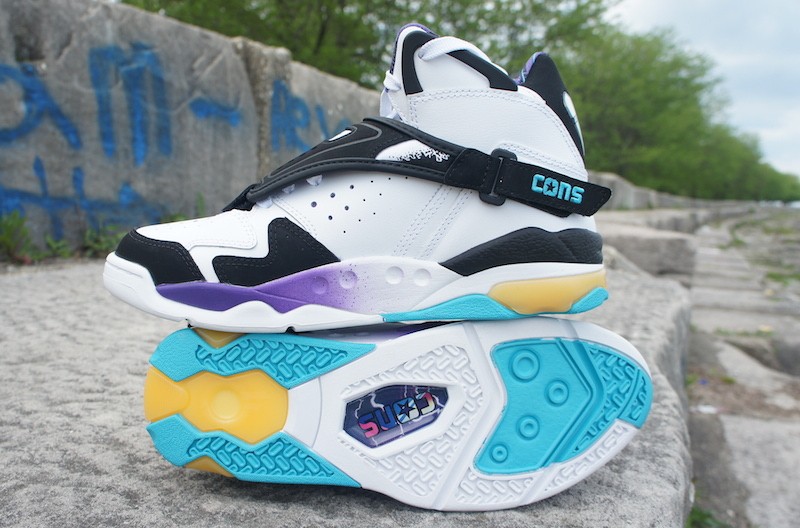 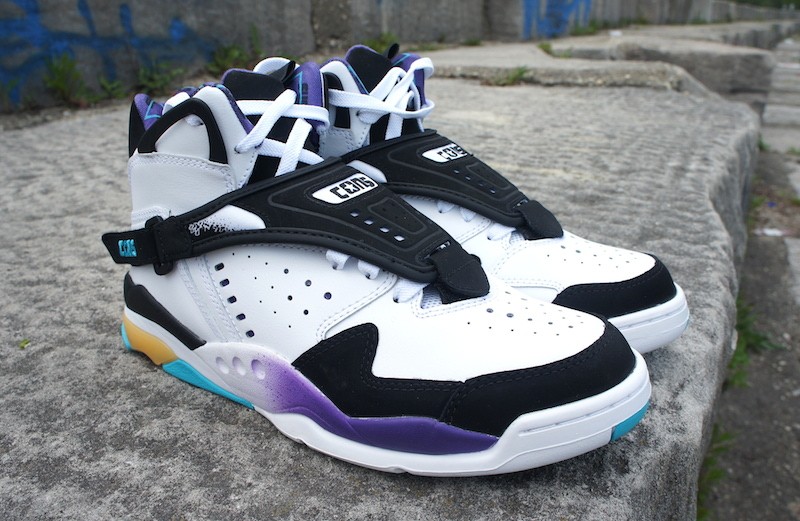 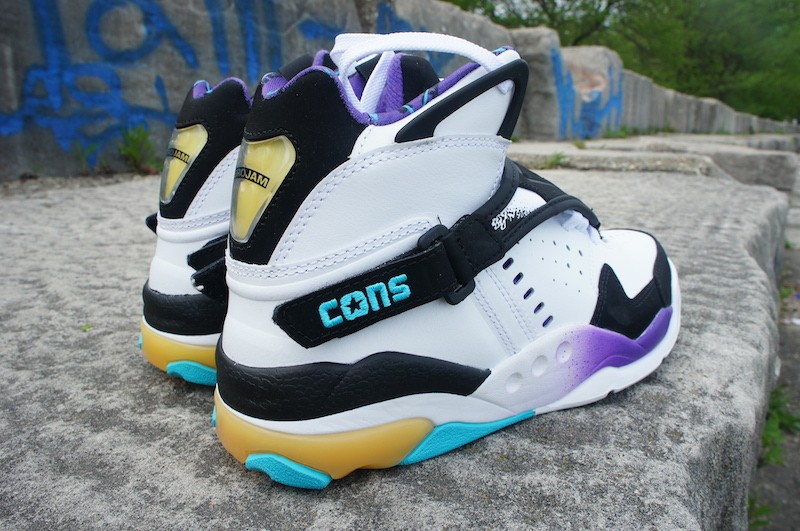 One of the most exciting releases this year was the one of the Converse Aero Jam Basketball shoes, 10 years since their latest appearance on the shelves. Originally introduced in 1993 this was the first signature sneaker from Converse, being endorsed by the NBA star Larry Johnson who starred in the TV “Grandmama” commercials that made this shoe even more memorable. This 2014 edition features the same silhouette that made these shoes such a hit , with the React Juice technology and the detachable lace cover. The pair featured in this article is one of the two colorways introduced the beginning of the year . inspired from the Charlotte Hornets colors , the team where Larry “LJ” Johnson reached the peak of his career. This happens to be my favorite edition of this new release, one that outlines the sleek design of this Converse Aero Jam sneaker, a one of a kind without a doubt.