When I came across a pair of Nike Air Max Command in black and red recently I knew it was time to grab a pair and review its features. Considered a “faux classic”, this sneaker was released in 2010 as part of a new wave of styles inspired from retro designs. This was just before the “seamless” era of the modern sneakers began and Nike created this shoe just like it would’ve been early 90’s. Few years later they came up with the Coliseum Racer, very similar to the Command. The release of the latter was not a big hit but its looks grew over time on many, making the brand to eep coming up with some versions every one in a while.

Out of the box the Nike Air Max Command looks like a retro sneaker straight from the early 90’s with oversized classic features such as the side logo and the heel Air Max unit. Along with the red and black pair I got a an all white with ice sole version and I decided to keep the first one. To me, this shoe just looks better when a combination of contrast colors is used as it better highlights its design. 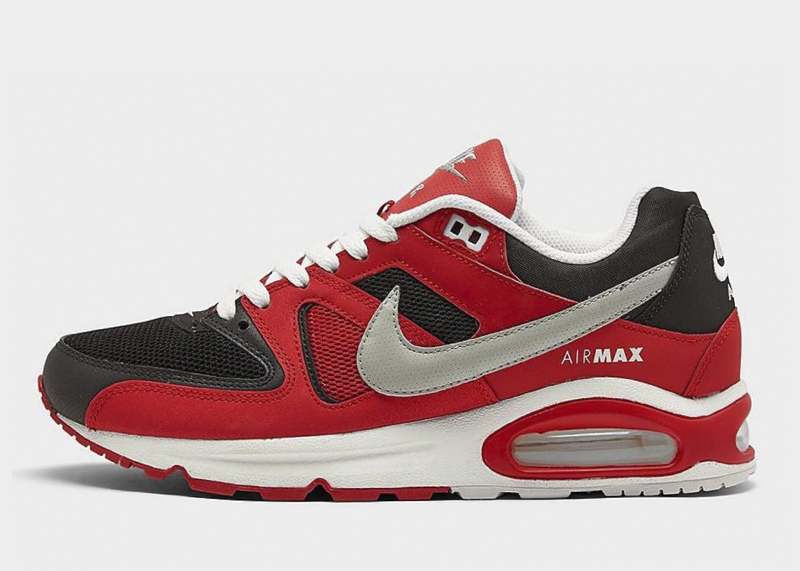 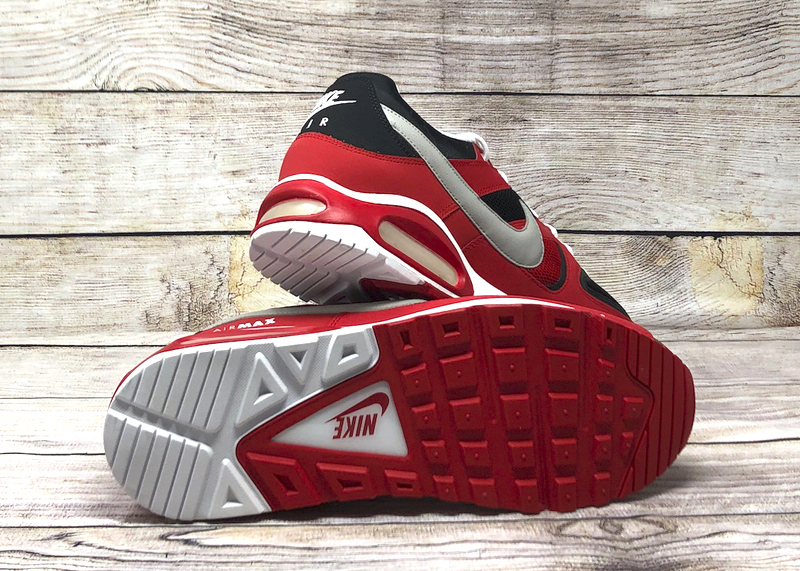 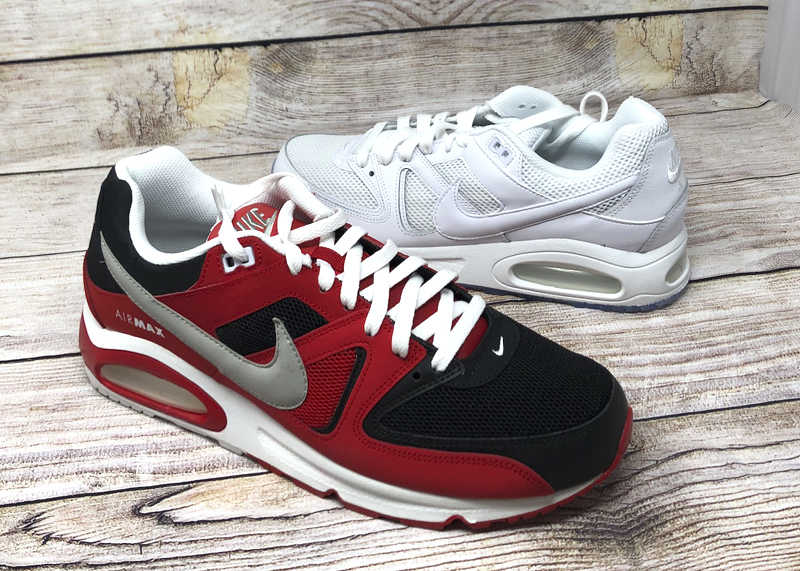 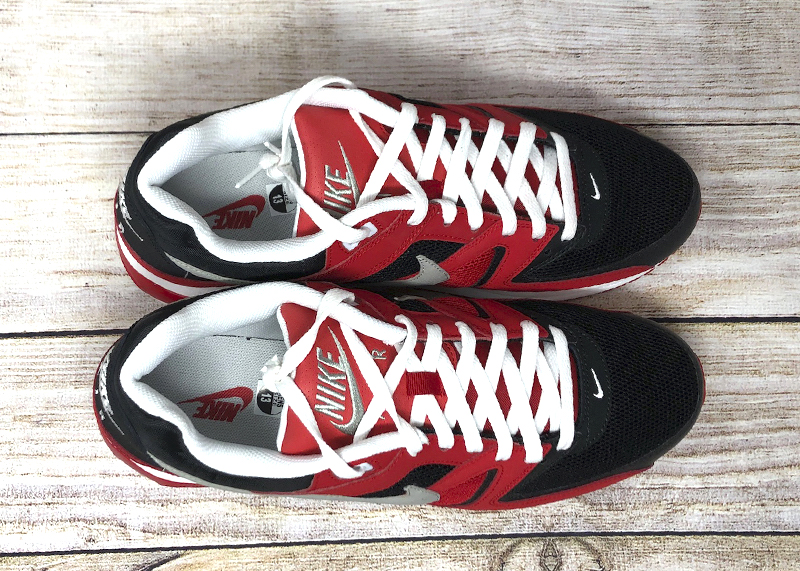 The Nike Air Max Command features a combination of mesh and leather upper sewn together in a very old school way. They run true to size but when you put them on they may feel a bit snug but they are easy to break in after wearing them just a couple of times. The multiple patches on the upper tend to make it easier to mold on feet and be a comfortable shoe that you can wear for hours a day. As you’d expect from a Nike shoe there’s plenty of branding, from the oversized Swoosh that ends in the heel area to the small one in the front, the Air Max lettering on the side and the classic Nike Air logo in the heel. Much like their classics, the brand used basic padding in the EVA insole, along with the padded tongue and collar.  The tongue is not sewn in so it’s being kept in place by the lacing system and it tends to move to the side a bit, much like much like most classic sneakers. The lightly padded mesh upper provides some moderate breathability that makes this shoe suitable for some gym time but certainly not a performance training or running shoe.

The sole unit of the Nike Air Max Command is made of the oversized Air Max unit in the heel and PU foam. The latter is the most durable midsole material that provides maximum protection from impact. It’s made of Polyurethane that is molded to create a firm, rubbery midsole that goes great with the heel unit. It ‘s also one of the reasons a size 10.5 weighs about 16oz, a bit high compared with the modern sneakers Nike comes up with nowadays. Nevertheless the Nike Air Max Command does not feel heavy for an every day shoe. The cushion provided by the midsole makes it a great choice to wear these daily. However, the arch support is vey basic so standing up in these for long period of time may not be optimal.

All in all, the Nike Air Max Command is a good looking sneaker with classic vibes that it’s worth a try. There are some nice versions of this shoe out there and certainly this pair in black and red is one of my favorites. Some editions feature all leather upper, making it more fit for the cold season and even for wearing it in school throughout the year. It retails for $115 for adults but often you can find them for a cheaper price on eBay 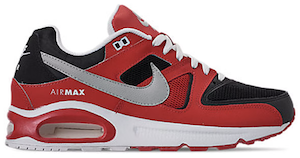