Adidas latest sneaker is adidas Iniki Runner, a blend of past and present that we’ll have a short loot at today and review its features. For the past few years adidas has came up with some new, revolutionary features such as the BOOST midsole and the Primeknit material, among others. New designed sneakers were born featuring these technologies but adidas folks did not forget to use them on their classics. New versions of the adidas EQT, Superstar, Stan Smith were born, just to name a few. 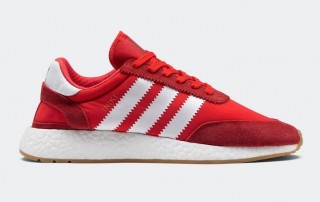 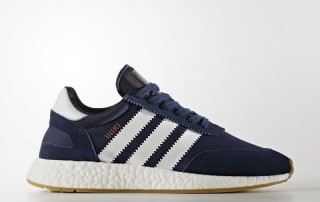 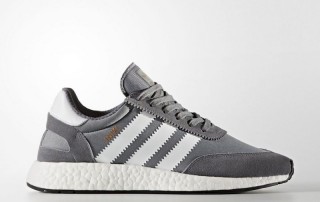 The adidas Iniki Runner is a whole new design that follows the same path. The end result, however , is probably the most striking example of old and new designs blended together by adidas. The upper features a mix of two stretch mesh material with suede overlays and perforated stripes. This look reminds us of classics such as the Spezial or the Gazelle, just two of the many sneakers of the 70’s that served as inspiration. The sole unit is all about the BOOST midsole in full display, enforced by a classic colored gum rubber on the outsole. The shoe also features an inner sock-liner design with OrthoLite sockliner. The new design is completed with vintage bronze branding on the tongue, heel, and along the side stripes.

The adidas Iniki Runner will be released on March 1st 2017 with a $120 price tag at select retailers. For now red, navy and a gray versions will be released, with many more to follow soon. Will this sneaker be a hit? We dare to say that we’ll’ be seeing a lot of it in 2017. Who knows, maybe they will revive the fanbase of classic adidas shoes that have been stubborn of trying the new wave of BOOST sneakers.