For this week’s sneaker review we’ll take a closer look at the adidas Gazelle which made a comeback in 2022 in several colorways. When it comes to Adidas retro shoes, this sneaker is up there in line with the Superstars, Stan Smith , Campus or Samba. Since its release in the late 60’s the shoe has been modified and modernized several times but it kept its soccer inspired upper with an elongated tongue. It is a minimalistic retro shoe that has been a point of inspiration for the brand to build many new styles like the Multix and Swift Run, among many others.

The 2022 release included several two tone colorways: navy, burgundy, black and light gray all in combination with white stripes and midsole. We pulled the gray one as being our favorite along with the navy blue one. Out of the box the shoes have a great feel given by the smooth pigskin suede upper. They feel true to size but they may require a bit of a break in given that they run a bit narrow, much like the classics of their era. 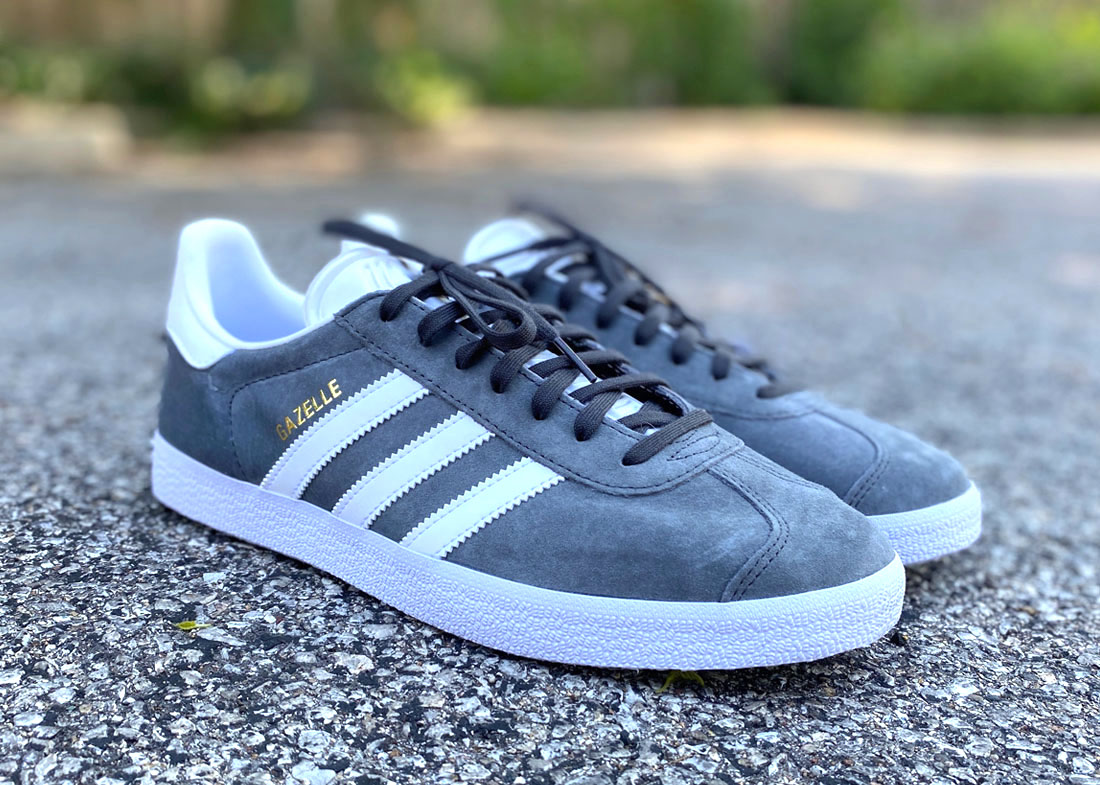 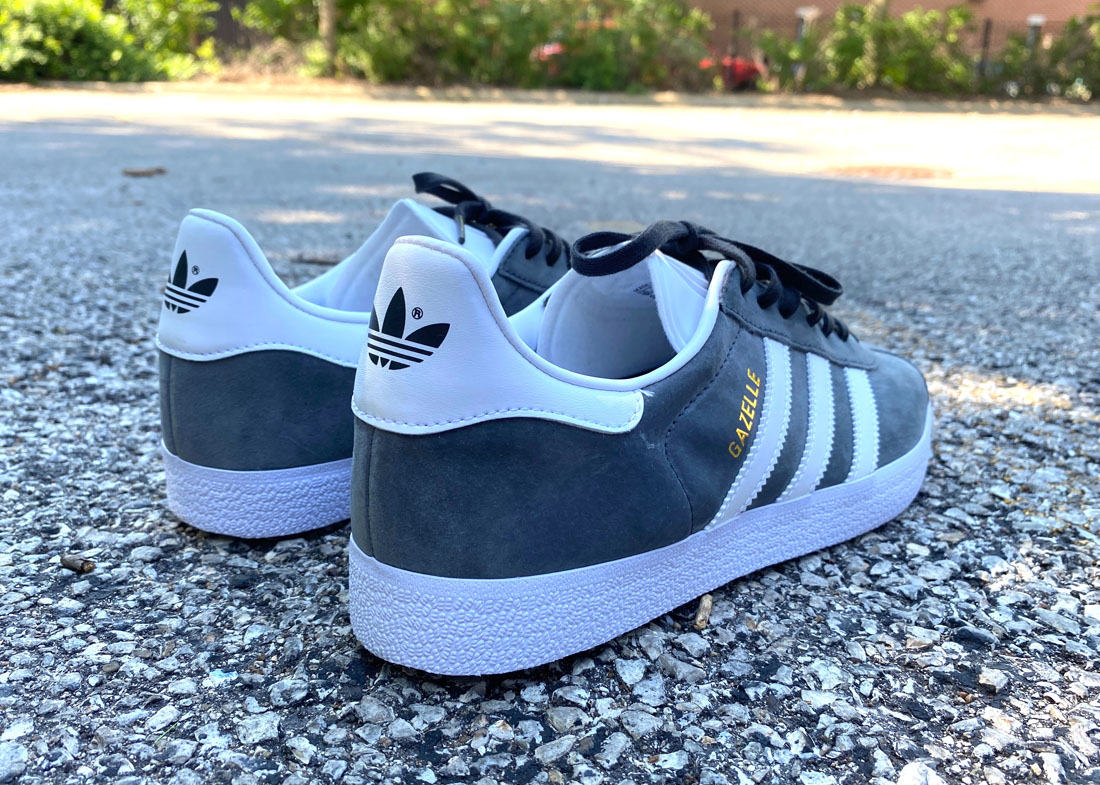 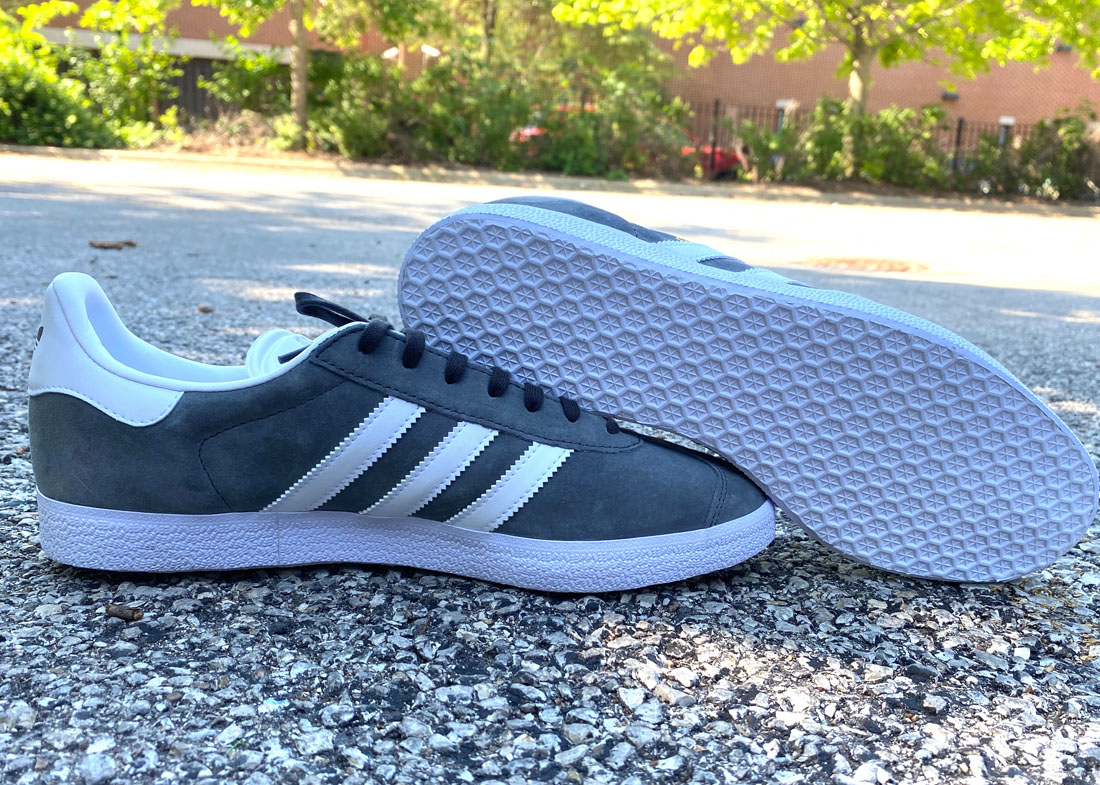 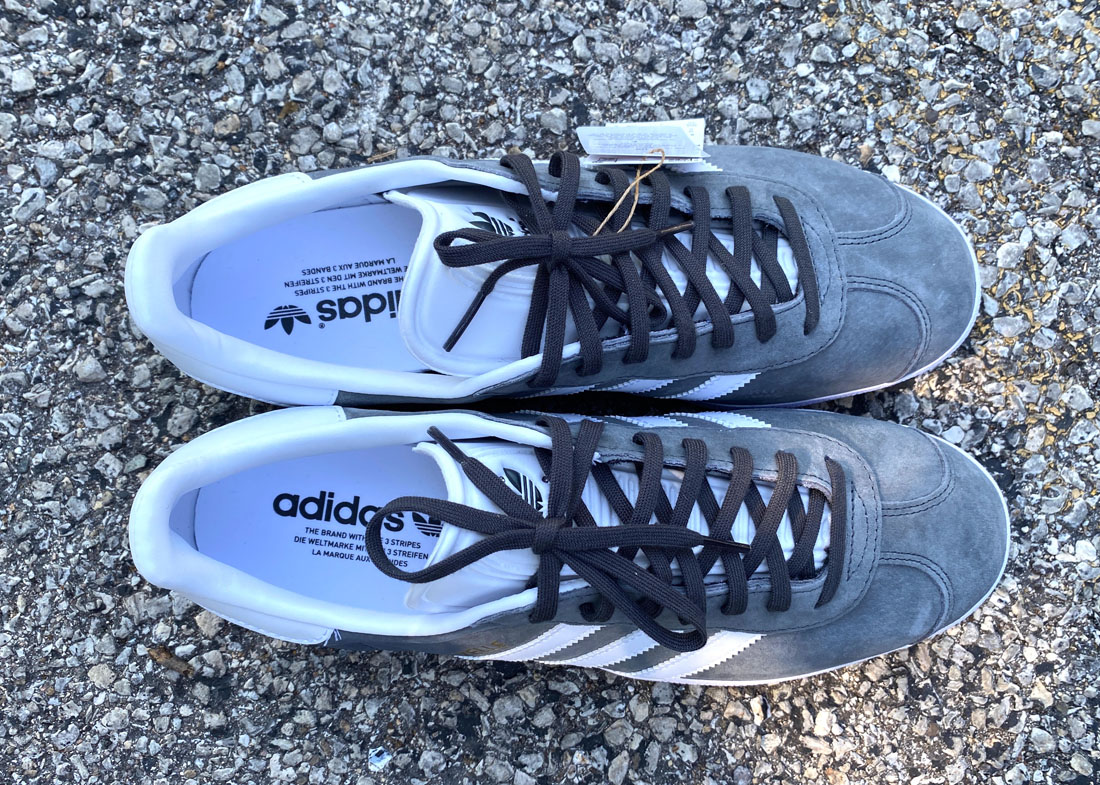 The upper of this edition of adidas Gazelle is made of pigskin suede that has a great feel and look. However this also makes them also a bit vulnerable to wet weather and to be easily stained. That is why it is a good idea to apply some waterproof spray on these as soon as possible. The reinforced toe box, the contrast stripes and heel tab add some nice retro vibes to this classic sneaker. The trefoil logo is present on the tongue and heel while the Gazelle text appears in gold by the iconic stripes.The elongated tongue made of a synthetic material is part of its well known design but is not appreciated that much by many as it can be sticking out or even going sideways when wearing them with long pants.

The sole unit for the adidas Gazelle is the typical one for a retro shoe with a non removable EVA midsole that sits on top of the rubber outsole that features a diamond pattern for enhanced traction. Given this combo there isn’t much arch support, especially if you are standing up for hours in these. What we came to conclude during our adidas Gazelle review is that these are great for casual wear, for school or any other urban setting. They are far from the comfort most of the contemporary shoes offer but in terms of looks they surely compensate. The Gazelle runs true to size, if you are not sure what size to get you can check out our adidas shoes size chart here.

If you are looking for a stylish retro shoe that will not break the bank these are surely a pair that would look good in any rotation.While not much of a sports shoe that you can wear at the gym or running, they will surely draw attention as casual sneakers. With a retail price of $80 they offer a good value overall. The nubuck material that adidas used for this series makes the shoe extra durable. After you read our adidas Gazelle review and check out the available colorways you’ll surely get drawn to get one of these. They are available in both men and women’s sizes.

Buy It Now
See all available on eBay