Ever since their first ever shoes collaborative piece together Nike and sacai have taken the sneaker world by storm. As we all know, Nike is the largest sportswear manufacturer worldwide and needs no introduction. On the other hand, sacai is a Japanese fashion label founded by designer, Chitose Abe. Abe has been building her craft and reputation with sacai ever since 1999. She’s been able to establish a label that effortlessly blends women’s and men’s streetwear through a high fashion perspective. Sacai has been credited by Vogue magazine with bridging the gap between casual and formal attire.

Back to the sneakers, Nike and sacai started their collaborative efforts long before what most people assumed. Most sneakerheads believe that the infamous LDWaffle was the debut of the brands’ partnerships. However, it all first started in 2015 for a women’s collection collaboration with NikeLab. Here sacai’s distinctive design language blended with Nike’s sport look, resulting in a bright collection range.  The collection also saw the debut of the first sacai & Nike sneakers, which were versions of the Air Max 90 and Nike Dunk High Lux. In 2018, a limited run of sacai Air Force 1 became available in-store at Hong Kong’s “walk-in” sacai pop-up. 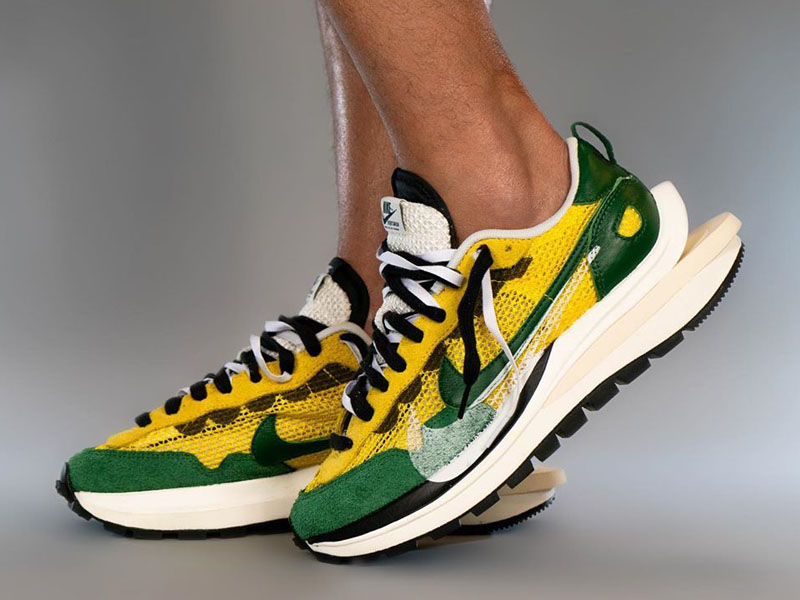 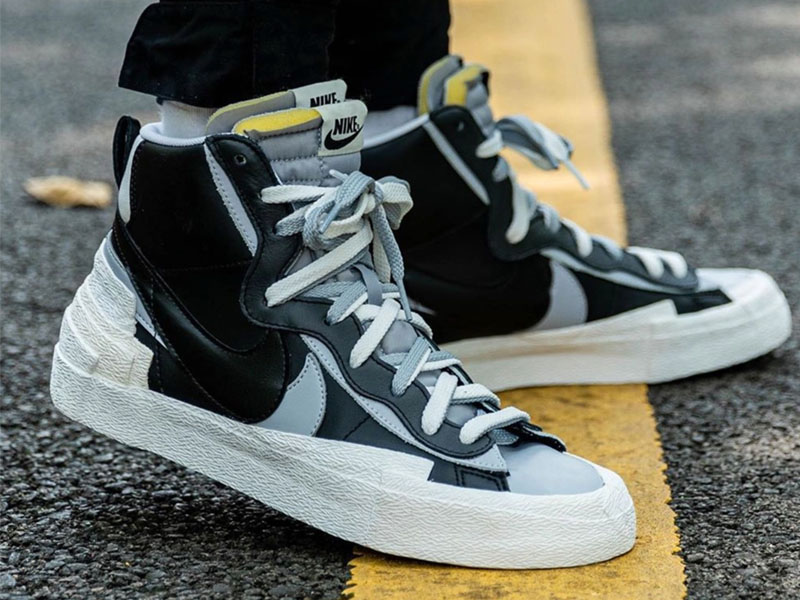 We were then ushered into a new era, the sacai x Nike LDWaffle Era. For a good couple of years, these sneakers were the ones every sneakerhead was going for. Designer Reba Brammer and her team recommended using these models for the partnership after looking through Nike’s archives. Sacai’s design language was inspired by kintsugi, the Japanese tradition of repairing shattered pottery by sewing the fragments together with a gorgeous gold seam. Which resulted in a look that took important features from both the Nike LDV and Waffle shapes and placed them on top of one another.

Following up this pair in the Nike & sacai shoes series was the equally complicated “Blazer” model. Combining elements of the classics Blazer and Dunk silhouettes, every component of the design is doubled, including the swooshes, tongues, and laces. The initial two-pack of colors included black, white, and Carolina blue, as well as a classic mix of yellow, navy, and red inspired by Snow Beach.

With the all-new sacai x Nike VaporWaffle, sacai and Nike continue to expand on Abe’s quirky design DNA. A highly contemporary yet vintage shoe was created by combining Nike’s 1983 Pegasus and Nike’s Vaporfly running models. Like previous collaboration models, a deconstruction-fueled aesthetic results in an extremely intricate layered structure down to interlaced laces. Two colors were launched at the same time, as is customary.

In recent times, the two fashion powerhouses have continued to work together on expanding their offerings. This includes a three-way offering with other brands such as fragment design, Undercover and CLOT. Additionally, they also worked alongside KAWS to release a collaborative Blazer Low model.

To those who think that Nike & sacai shoes collection expansion is slowing down, you are wrong. The two brands are gearing up for another Blazer Low Model release which should see the light of day by the end of the month. Despite the market being slightly saturated with their models, likely they will still sell out instantly.