Vans x National Geographic partnered this summer to come up with a one of the kind collection that celebrates over 130 years of story telling and exploring. It's became a custom for years now at the beginning of the summer for the California based company to come up with a new collaboration. The Star Wars, Disney or Toy Story are just a few examples of times where the Vans Classics have gotten a makeover with scenes or characters from movies or cartoons.

The 2020 Vans x National Geographic collab stands out with photo prints from the nature that makes it to stand out from all the other previous collections. It appeals to a wider audience, whether is about the huge magazine's fan base or just nature lovers in general. The front page seems to be the center point of this series, with the Vans Era being dressed up in a pattern of different editions. The Vans Authentic celebrate the ocean life while the Old Skool features pictures from the Photo Ark, a project about endangered species. The Slip On depicts the Pine Island Glacier in Antarctica, the Ultra Range photos from space and the SK8 comes up in a simple layout focusing on the National Geographic magazine logo and colors.

The Vans x National Geographic collection include several pieces of apparel to match the sneakers. Aside of the 6 pairs of shoes the brand offers the possibility of customizing their classics on their site with numerous patters and pictures from nature, giving this collection a whole new dimension. You can get your pairs at the retailers shown below. 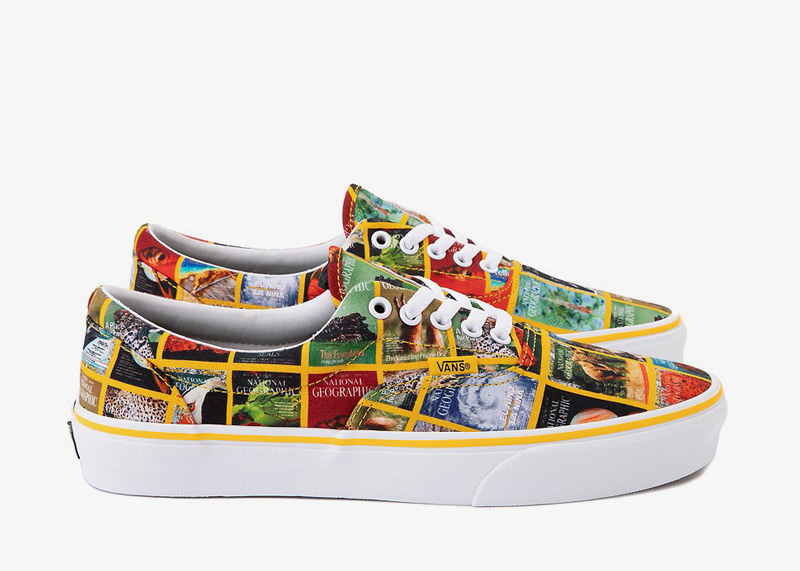 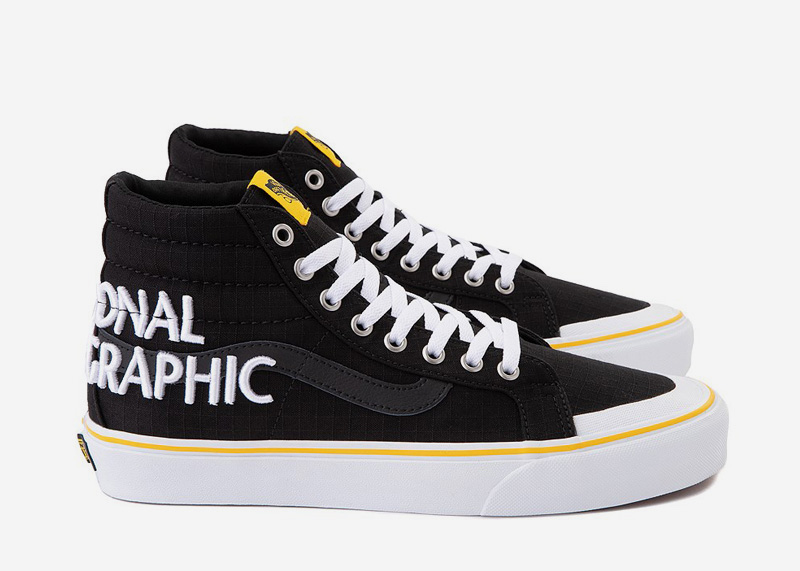 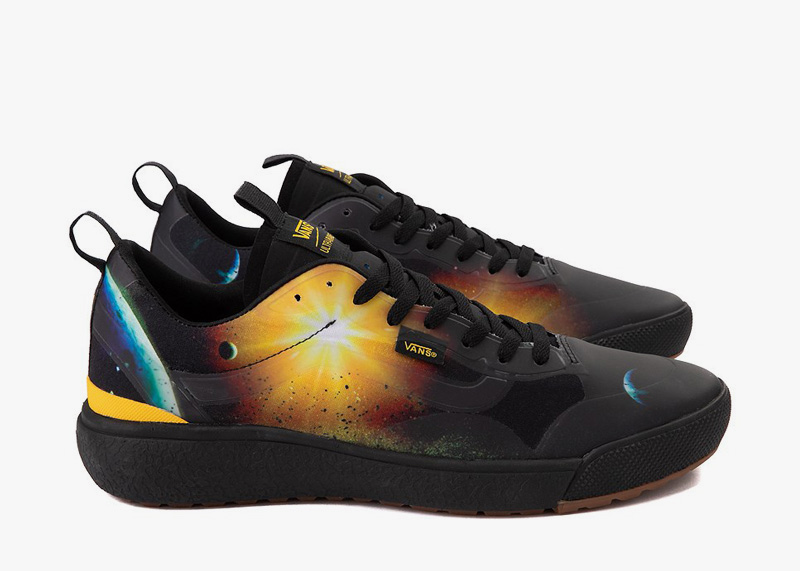 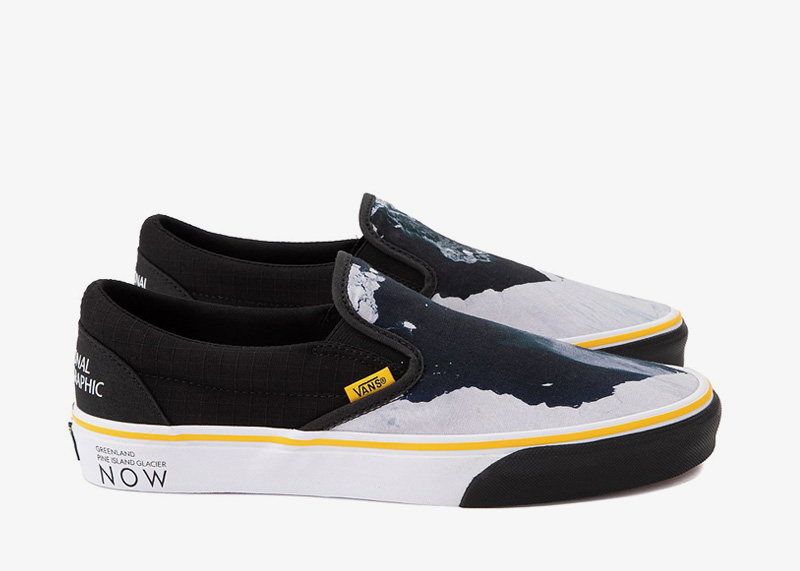 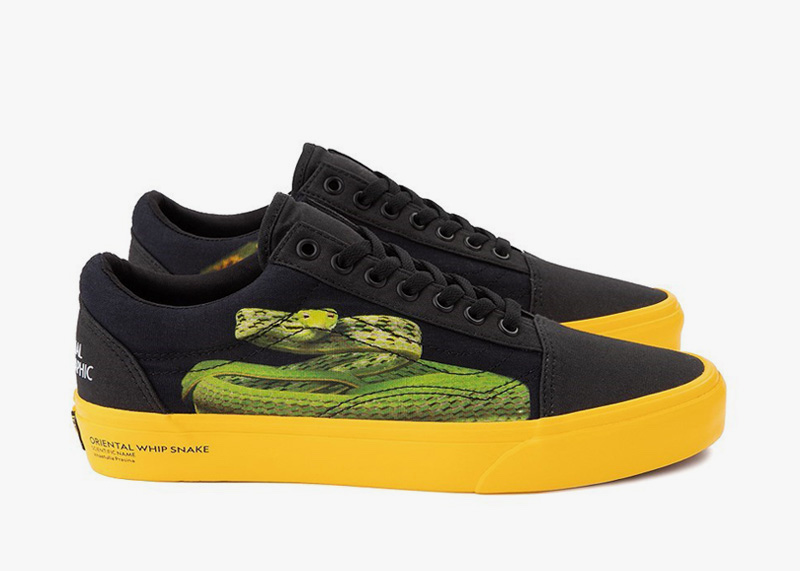 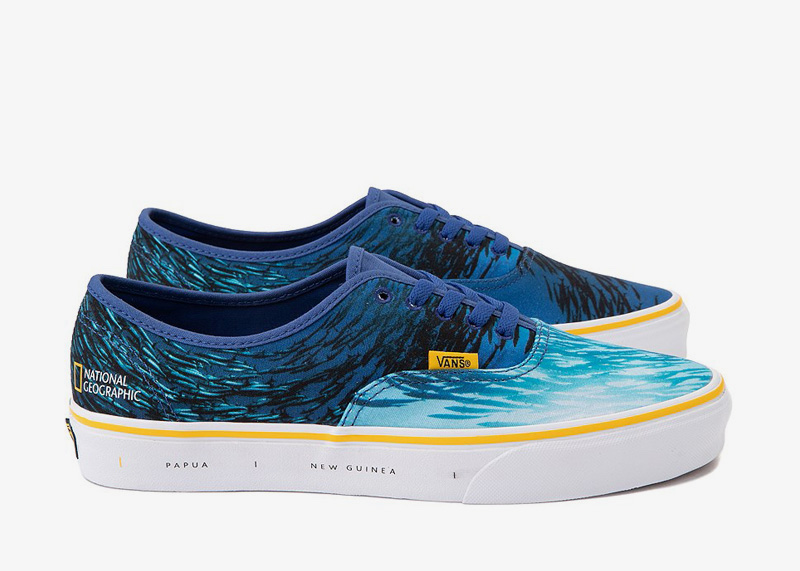