The Vans x Sailor Moon shoes collection arrived in June 2022 as part of what is now a tradition to have a special collaboration series dropped every summer by the California based skate company. A fan of the renowned anime Sailor Moon? Then you should love the latest Vans collaborative collection which would include both clothing and shoes, inspired by the show’s theme of love and friendship. Vans has teamed up with "Sailor Moon" for a new project released in June after producing a three-way Authentic collab with Palace Skateboards and Calvin Klein.

To those unaware, Sailor Moon is a Japanese super heroine anime that debuted in March 1992 and its popularity led it to being dubbed into different languages worldwide. Usagi Tsukino, a middle school girl who has been given the ability to transform into the Pretty Soldier, is the series' main protagonist. She saves Earth from a variety of wicked villains with the assistance of other Sailor Soldiers.

Sailor Moon is the latest in a long line of intellectual properties that Vans have cooperated with. The collection includes clothing and footwear options for men, women, and children. The main character Usagi Tsuki/Sailor Moon, her friends the Sailor Scouts, Tuxedo Mask, and the bad guys after the Legendary Silver Crystal and the solar system's annihilation are shown in the graphic emphasis scenes. 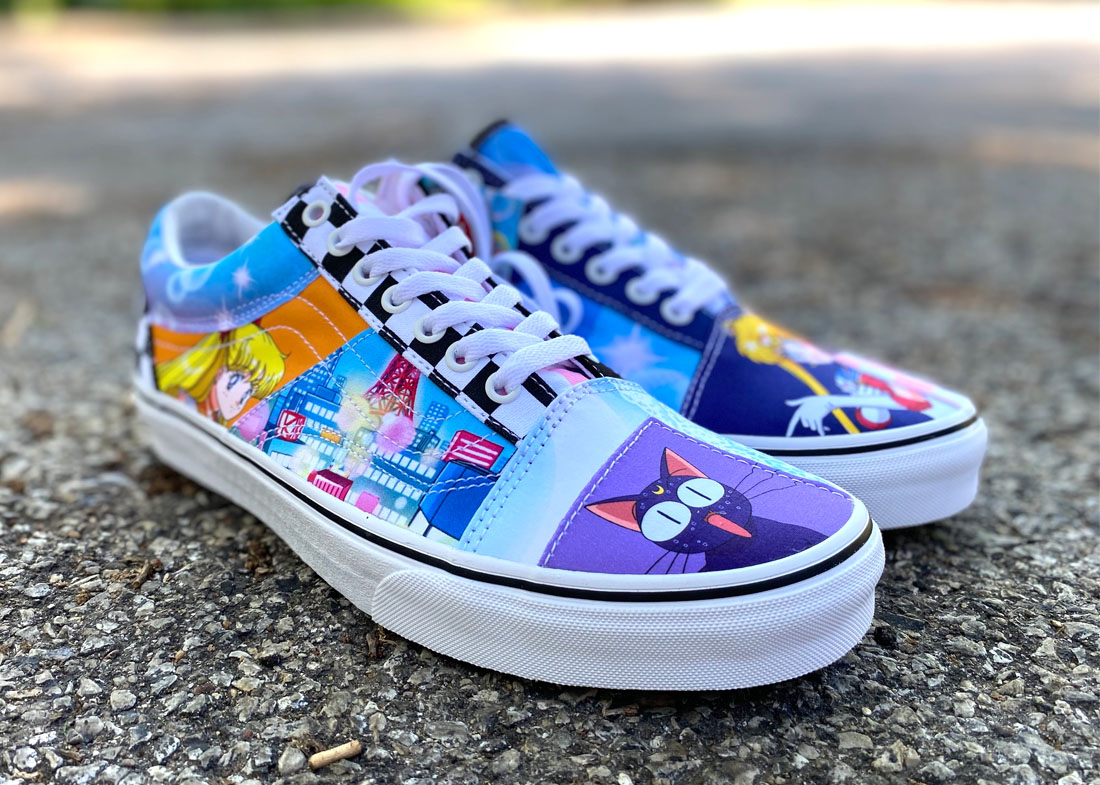 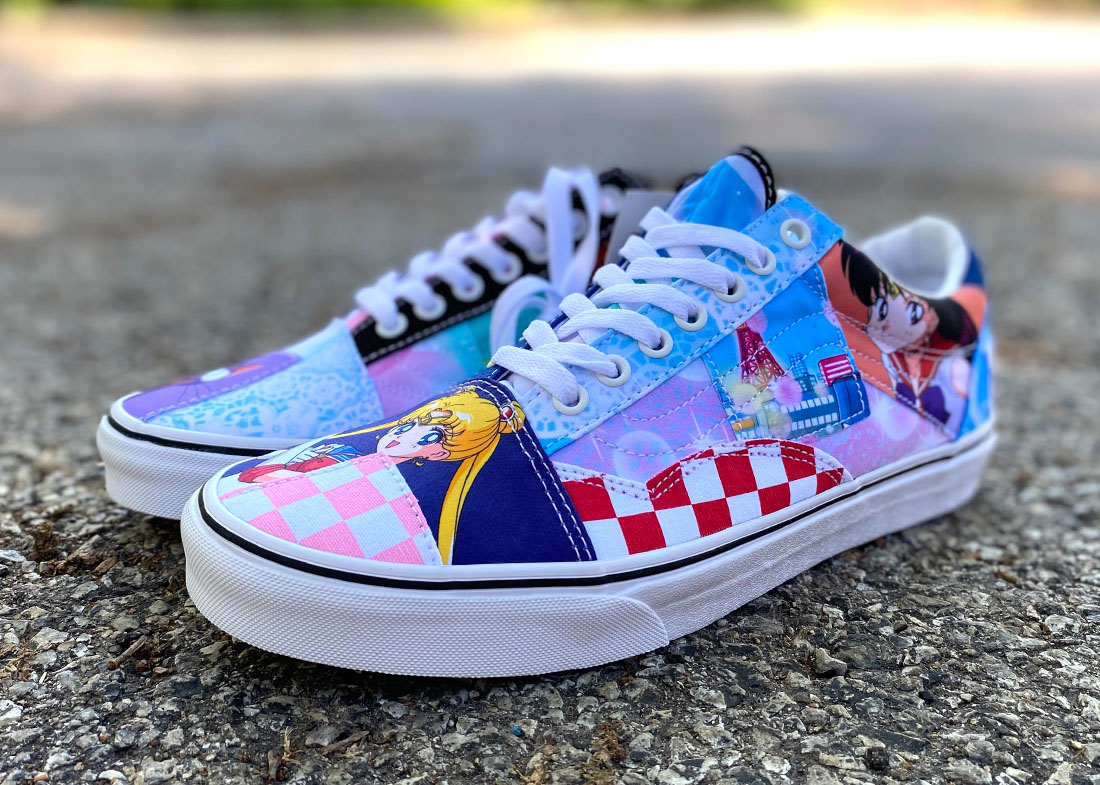 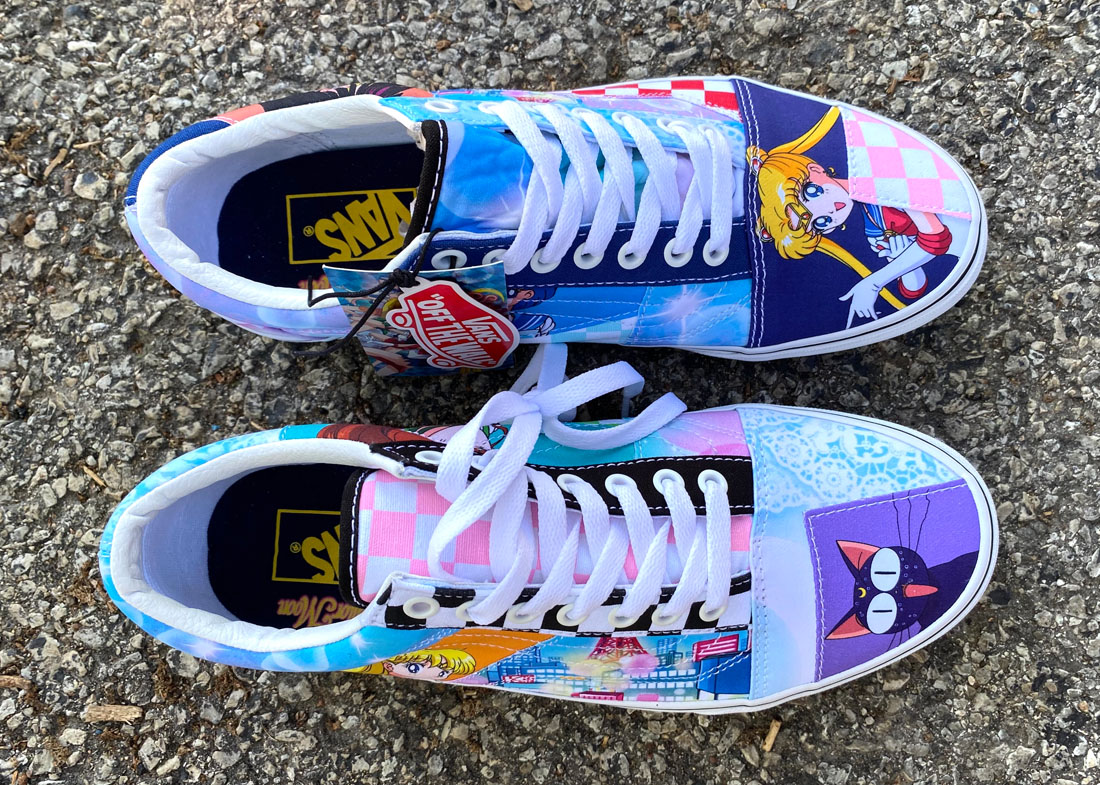 For the Vans x Sailor Moon shoes series the renowned footwear company have reimagined their classic sneakers and newer models to fit with the Japanese anime theme. Which includes the likes of Vans ComfyCush Slip-Ons and La Costa Slide-Ons. The Sk8-Hi Stacked from the line embellishes smooth leather overlays and fabrics with bows and brooches from Sailor Moon's metamorphosis. On the collaboration's rendition of the Authentic, The Sailor Guardians and Tuxedo Mask appear. The Sailor Guardians are depicted on the synthetic nubuck strap of the La Costa Slide-On from the same collection. A variation of Old Skool Patchwork with a vibrant patch print featuring images of the anime characters is also included in the collection. The many Sailor Guardian planet emblems are shown over a background that is reminiscent of a starry night sky in another version of Old Skool Patchwork. The Sailor Guardians and people from the Dark Kingdom are both featured on a pair of ComfyCush Slip-On.

On the other hand, the coordinating apparel line, which is divided into unisex and women's options, includes a number of streetwear essentials that carry on the shoes' striking graphical aesthetic. A hoodie, crewneck sweatshirt, shirt, long- and short-sleeved T-shirts, backpacks, caps, beanie hats, and socks are among the items. Despite having subdued designs within the collection, the majority of the apparel is very excessive and could even said gimmick-like. Most of them featuring drawings of Sailor Moon herself, alongside other characters such as the Sailor Guardians, Luna the Cat and Tuxedo Man.

The Vans x Sailor Moon shoes collection dropped on the 10th of June via Vans (online & offline), alongside selected retail partners around the world such as Footlocker. Fans are also able to design their own Vans x Sailor Moon pair through Van’s Customs platform. However, this is only the beginning of the partnership. Vans team rider and Olympic skateboarder Lizzie Armanto will collaborate on a style for the second drop of the Vans x Pretty Guardian Sailor Moon collection which should also be dropping sometime in the future.