Converse continue their series of special edition Chuck Taylor shoes with a new collection in collaboration with Looney Tunes. Back in 2013 the fans of the popular cartoon series were teased with a pair of Chucks as part of the US Originator Collection that was only available in Japan. At that time, Warner Bros and Converse were already collaborating with the DC Comics Collection. 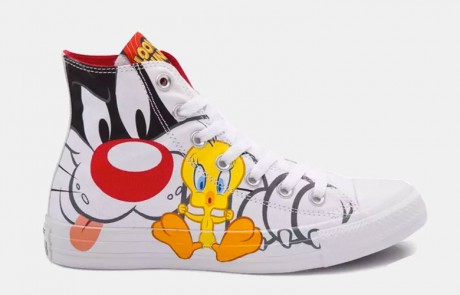 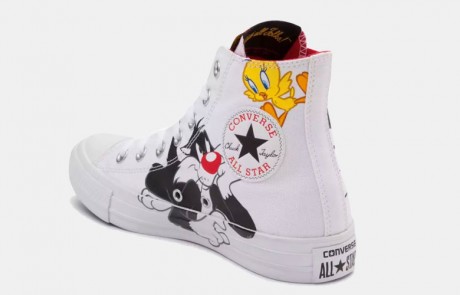 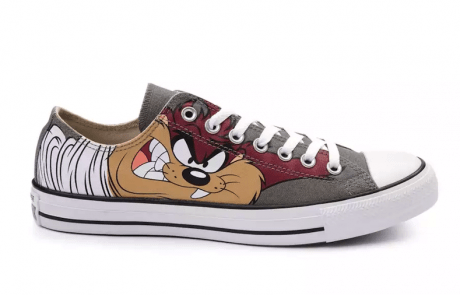 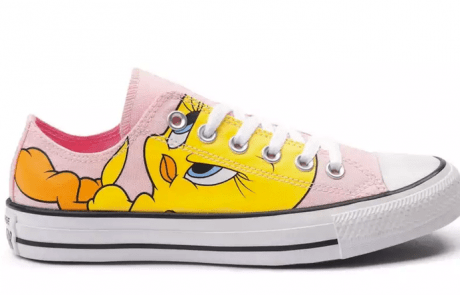 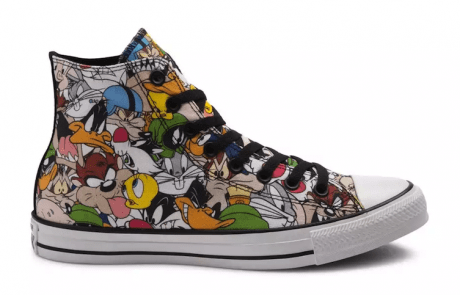 Fast forward four years later we finally have a full Converse Chuck Taylor Looney Tunes collection available in US. For this Converse x Looney Tunes shoes collection four pairs will be released  featuring the beloved Looney Tunes characters printed on the upper canvas. Bugs Bunny, Tweety, and Tazmanian Devil get their own sneaker while the whole crew is depicted on a hi top sneaker that reminds us about the 2013 version. All together there are two low tops and two hi tops available in adult unisex as well as in kids sizes. As you’d expect from a special collection from Converse the tongue is also personalized with the “Looney Tunes” logo in the front and the famous “That’s All Folks” embroidered on the back. The classic white sole is used on all four pairs, contacting nicely with the colorful upper designs.

The Converse x Looney Tunes shoes have added three more pairs to this collection, two hi tops and one low top. Silverster and Marvin The Martian star in two of these, along with Duffy Duck, Bugs Bunny and Tweety.