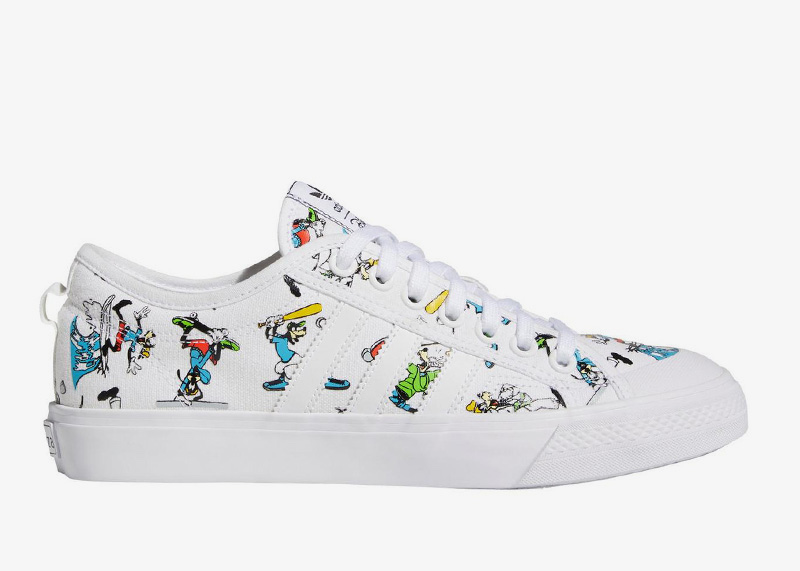 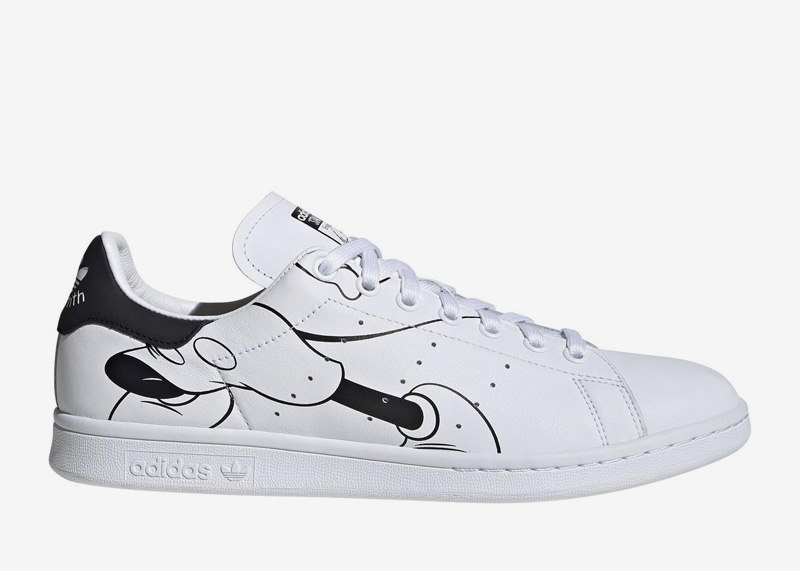 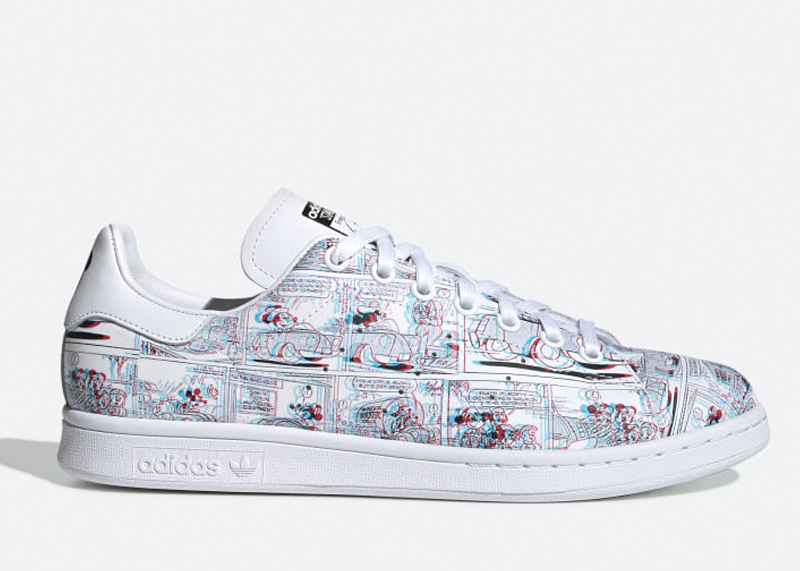 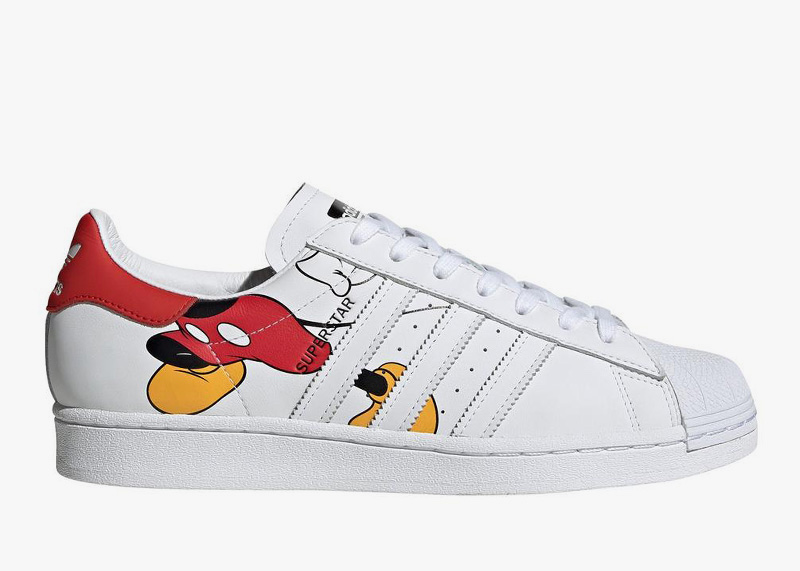 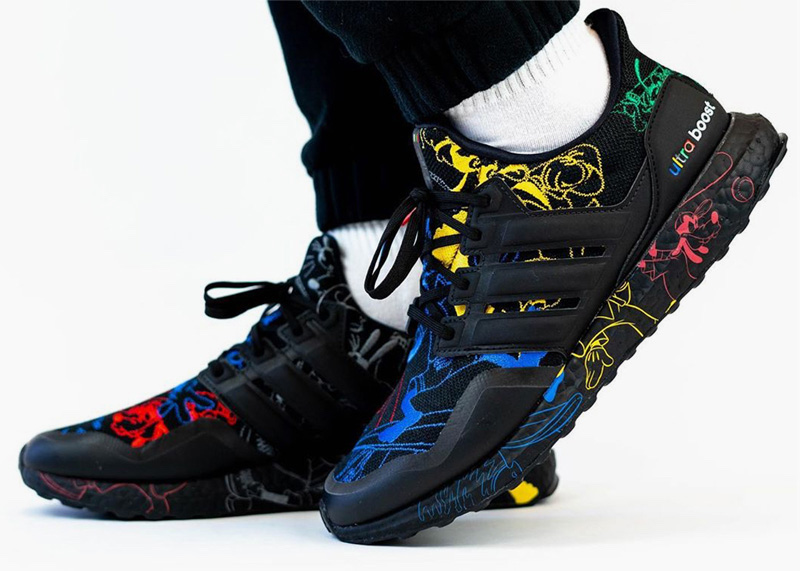 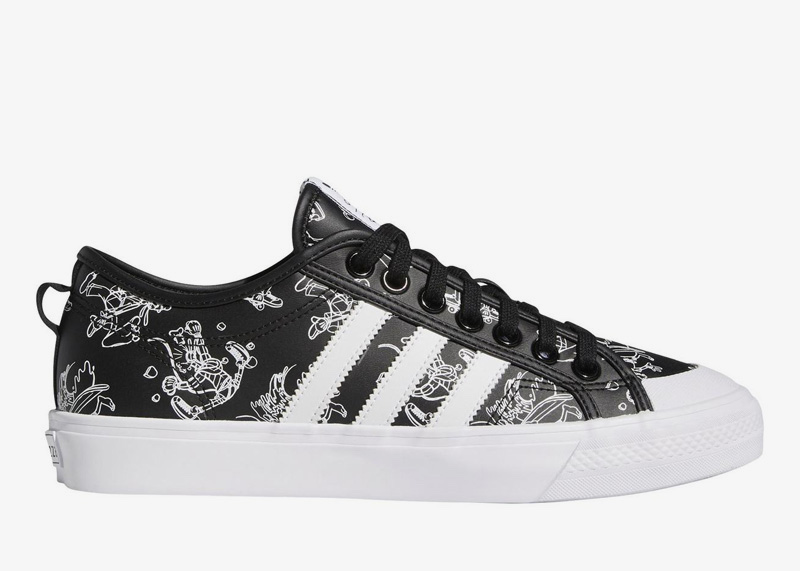 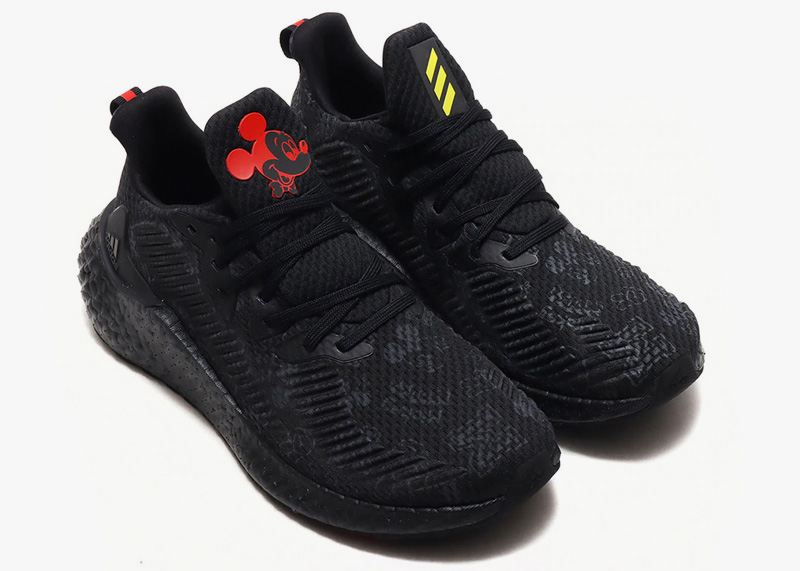 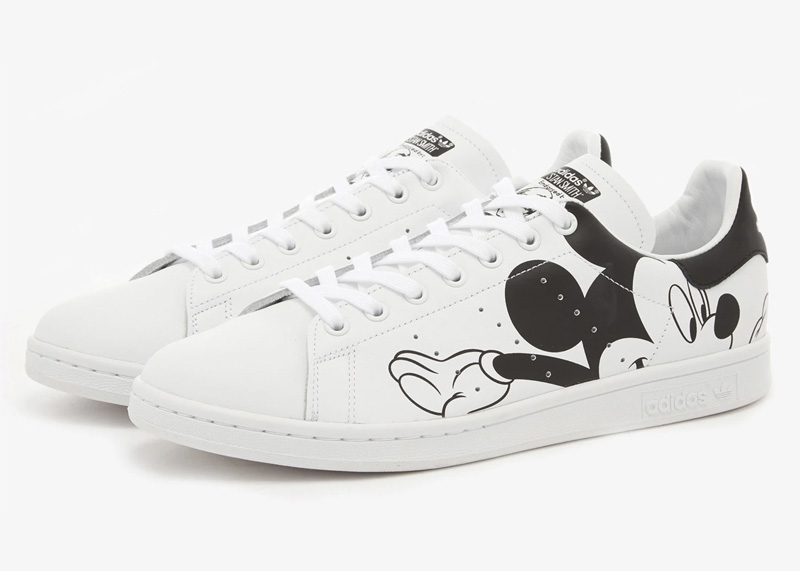 The adidas x Disney shoes collection in 2020 took the years long collaboration to a new level at time when both brands have expanded their outreach. Disney has had some recent collabs with Gucci and Vans, among many others. Since back in 2011 when a couple of adidas classics have had Mickey Mouse on display there have been some sporadic appearances like the "Belle" ZX Flux 700 in 2013. In 2019 the adidas x Star Wars collection was released , featuring several memorable special edition sneakers. But at their roots Disney fans associate the brand with Mickey and its crew and less with their recent additions. They were surely not disappointed by the roll out in 2020 of this new series.

In the spring of 2020 the adidas x Disney shoes collection was released, featuring an adidas Superstar, two Stan Smith and two Nizza sneakers with Mickey Mouse and Goofy on display. Aside of the white Nizza Goofy sneaker, all the others feature leather upper. Most sneakers have the two characters in different situations and one Stan Smith pair featuring blurred comics. Each sneaker has a customized box and paper lining along with two extra laces which makes them a great collector item. If the initial 2020 collab was all classics, adidas has planned more releases the same year, this time with modern silhouettes like the Goofy UltraBOOST and the Mickey Alphaboost. As with other similar releases , several matching pieces of apparel and accessories are also available.

Given the almost infinite  realms of possibilities this collaboration is  likely to bring many more special edition sneakers over the following years while making each one of them a rare piece worth collecting.