Today we’ll have a look at a timeless classic, the adidas Superstar and review its features. Introduced in 1969 as a lower top variety of the Pro Model shoe, the adidas Superstar was initially marketed to basketball players. This proved to be profitable for adidas, as it became popular among many of the top players in the NBA and NCAA at the time. NBA great, Kareem Abdul-Jabbar, was one of the most notable wearers of the shoes but by the mid-1970s, this sneaker was being worn by over 75% of all NBA players. Naturally, urban kids, who looked up to basketball stars, took a liking to the shoe and that resulted in the Superstar becoming a legitimate piece of streetwear. However, the shoe became a national phenomenon in the 80s after rap group Run-DMC wore the shoes on their stage performances. The group’s endorsement of the sneakers eventually resulted in adidas inking a $1 million deal with Run-DMC.

Decades later in 2020 this style maintains its status of cultural icon and the brand continues to come up with special editions or other new ways to keep it exciting. One of the latest series included a colorful palette of editions for this shoe that included the red and black pair I got my hands on. Out box the sneaker still looks as ever with its retro vibes and signature features. 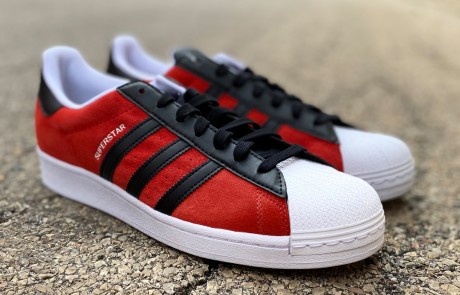 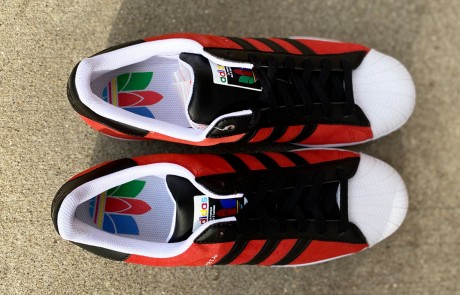 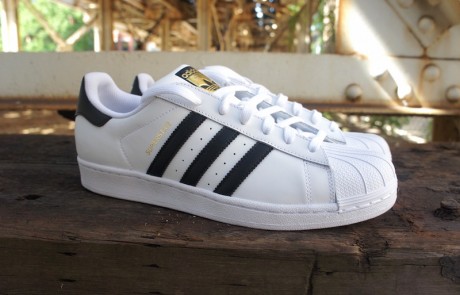 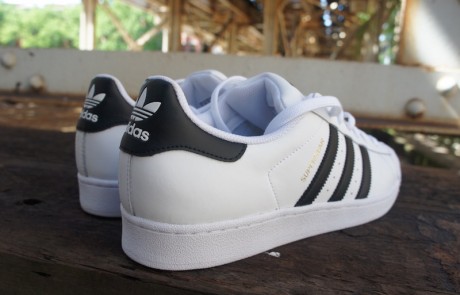 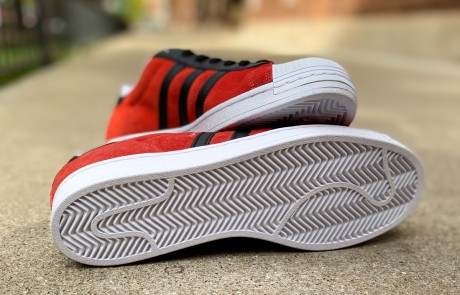 The upper of the adidas Superstar is traditionally made of high quality leather or suede like this red pair I got. This is the first thing that makes this shoe very durable. For those with a high arch this may need some time to break in as the shoe runs a bit narrow, much like most sneakers of its era. The shelltoe is of course the signature feature of this shoe that adds to its sturdiness. The Converse rubber toe cage is the only one that comes close as far as the iconic looks but it certainly fails to raise to its uniqueness. The three side stripes along with the branding complete the look, one that is pretty much the base of most adidas casual shoes we see on the market today.

The sole of the adidas Superstar is reminiscent of the ones of the 70’s , with a solid rubber outsole and an EVA insole that provides most of the cushioning. This basic setup was not an issue for this style over the decades in terms of losing its appeal but certainly is the main reason why its days as a trainer or basketball shoe are long gone. As a casual, everyday shoe this is still a good choice mainly because of its stylish, classic looks. During this adidas Superstar review this became quite clear to me once again. As an athletic shoe, skateboarders still see it as an option since it's a durable shoe with good stability. The herringbone pattern on the outsole is quite basic but keeps the shoe pretty flat which is definitely something you want when you’re on a skateboard. The Swift runs true to size, if you are not sure what size to get you can check out our adidas shoes size chart here.

To conclude this adidas Superstar review, this is a stylish retro shoe that is here to stay. More than four decades after its release adidas still finds ways to appeal its looks to the new generations while it remains a favorite for many old timers. While light exercise is still something you can consider in these, it is an everyday shoe that will add some retro style to your looks. Adidas had been investing in improving the insole to add comfort but of course it does not raise to the new BOOST or Bounce technologies support. This is a very durable sneaker that you’ll be wearing for its looks.