Best Retro Sneakers Of All Time

Impossible to ignore, some of the best retro sneakers of all time have served for decades as inspiration for new silhouettes while standing the test of time. That trend is highly evident in the category of men’s footwear, with many of the most well-known sneakers that came about in the last century, returning to dominate the streets. Termed to be retro shoes for men, these classic kicks are enjoyed by many, including youngsters who came up in the age of high-tech gadgets and speedy internet.

The list of kicks to fall in the category of men’s retro shoes is quite a staggering one, consisting of certified running shoes, basketball shoes, tennis shoes and some that were designed for the track. To put things into perspective, however, here is a timeline of some of the most popular classic sneakers and the impact they are still having on the industry.

Also known as Converse Chuck Taylor shoes (after legendary Converse salesman Chuck H. Taylor), this is one of the oldest sneakers around and is the first to be bear the label of ‘Basketball Shoes’. In fact, 98 years after its release, it remains the most popular shoe in its class, with over 60% of all Americans either having one in their closet or owned one in the past. The shoe is popular because of its simple design, the comfort it provides and its durability. Available in both canvas and leather high top uppers, the distinctive All Star is easily identifiable by the Chuck Taylor ankle patch. This shoe is going nowhere anytime soon as it remains the top-selling  classic sneaker of all time. 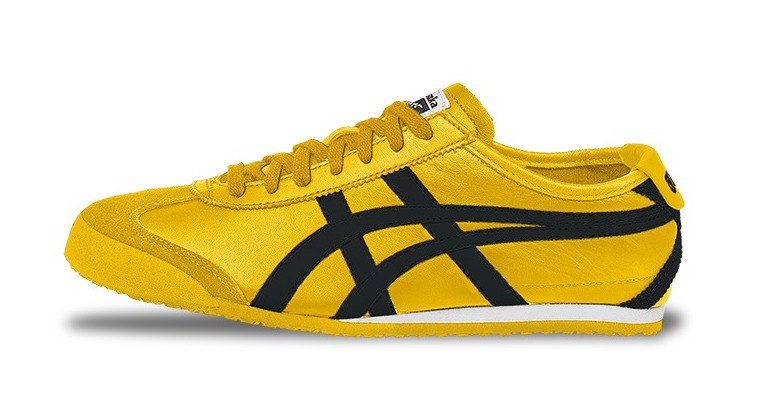 Not many sneakers have the reputation of being named off a tournament, especially one with the prestige of the Olympics. The Onitsuka Tiger Mexico 66, however, is so named because it was the sneaker of choice for the Olympic Games of 1966. They were created specifically for that event and, as such, make them a true collectors’ item. Craved by many, their popularity has resulted in the Onitsuka Tiger brand still standing strong despite giving way to the ASICS name. 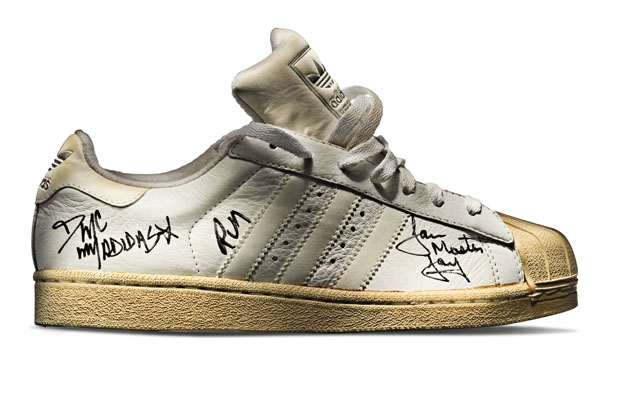 Since the 1920s, adidas has made their name as a top brand for track shoes. However, when the Superstar made its debut in 1969, it not only changed up the game for basketball players, it went on to cross cultures and became embedded in various lifestyles, a status which still holds true up to this day. Known by its distinctive ‘shell toe’ design, the shoe became the signature wear of hip hop group of the day, Run DMC in the 1980s and led to it becoming a favorite for urban kids. As such, it has become the top selling classic sneaker for adidas and is among the best retro shoes of all time for men. 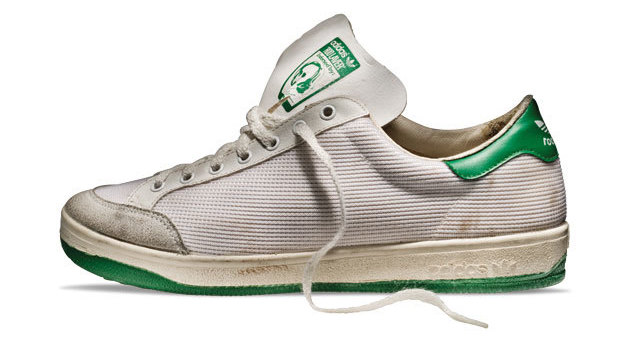 Named after a tennis legend, the Rod Laver is another classic sneaker from Adidas that has stood the test of time. It hit the streets after a domineering performance on the tennis courts in 1969 by Australian-born Rod Laver and has become embedded in not just tennis but street culture as well. It has even made its way in hip hop verses and is a favorite for lovers of classic sneakers with urban appeal. It’s easily identifiable by its clean lines, comfy foot bed and simplicity in design and is a go-to for casual wear. 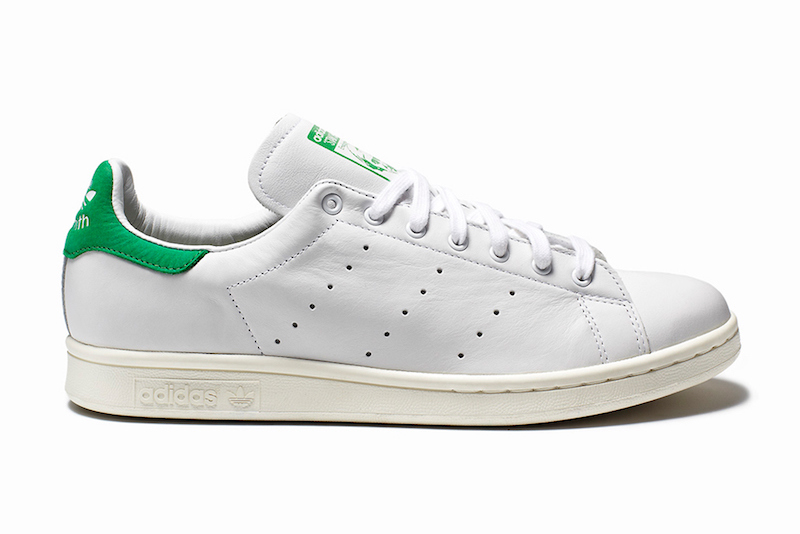 Named after another tennis great, the Stan Smith’s latest re-issue has put it among many of the classics that are labelled as the best classic sneakers. The shoe saw the light of day when Stan Smith was ranked as the #1 tennis player in the world and soon became a hit both on and off the courts. Like the Rod Laver, it is also known for its clean lines and comfy composition, along with being a reference article in hip hop rhymes. Even Lil Wayne has mentioned the classic sneaker in his songs, which explains why it is rated as the 14th most influential sneaker to have hit the streets. 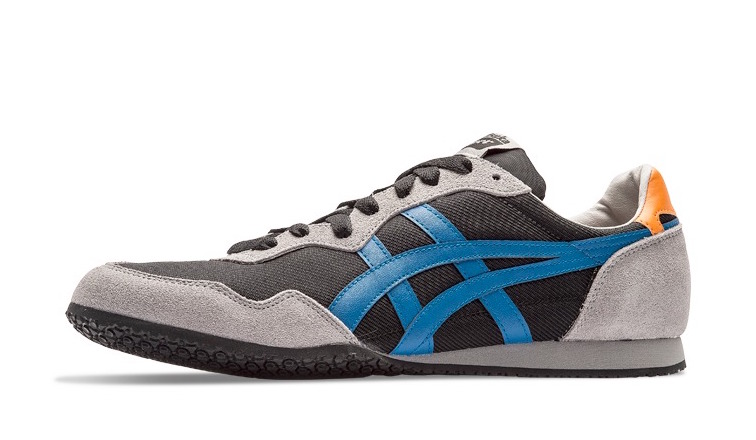 Luxurious and low-profile, the Serrano is another blast from the past, which represents the quality that the Onitsuka Tiger Shoe Company was known for. The package combines lightweight materials and a nubby outsole to provide a running shoe that is among the best in its class. The Serrano represents the best of the 1970s but joins other Onitsuka Tiger sneakers that have put the brand along the lines of providing iconic retro shoes for men that are highly sought after. 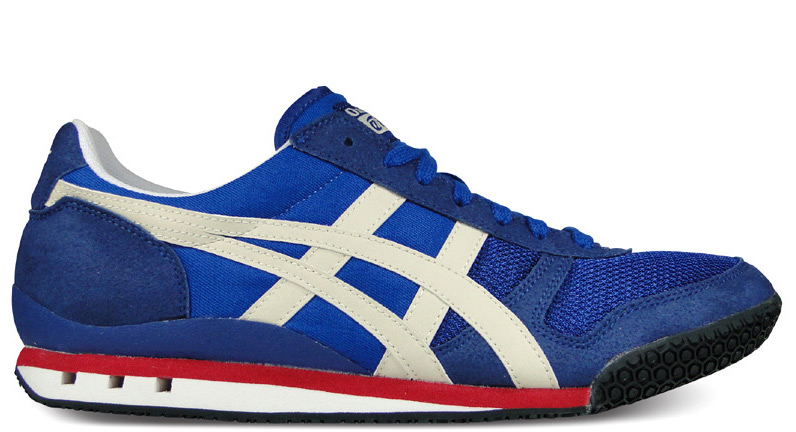 This shoe is testament to Onitsuka’s rep as a maker of technically-correct kicks and is a symbol of retro design and performance for the brand, even after the name change to ASICS. Its claim to fame comes from being entirely vegan, combining a number of synthetic materials and superior cushioning to present the ultimate in lightweight comfort. Up to this day, it remains a staple for runners and lovers of casual footwear. 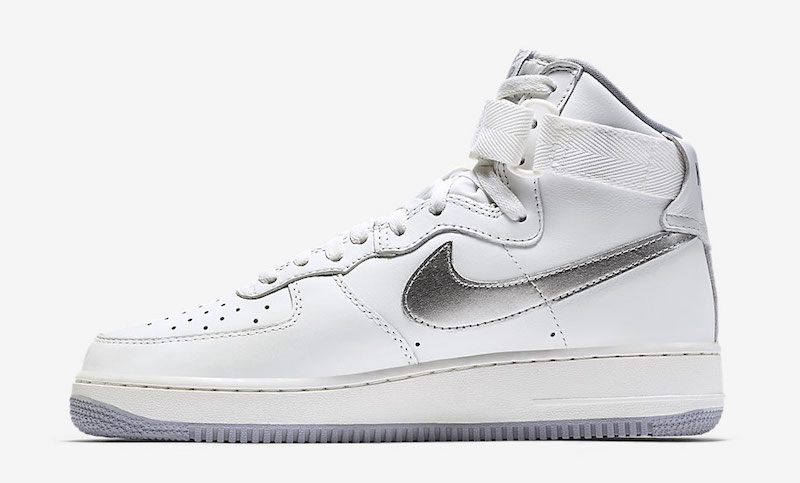 The Nike Air Force 1 needs no introduction when it comes on to a conversation about classic sneakers. The sneaker was was modeled off the iconic plane used by US presidents. It is regarded as the very first shoe to be labeled a retro sneaker and was the first to also feature Nike’s revolutionary Cupsole, which forever transformed the way how basketball was played. There are many accolades that have been assigned to the Nike Air Force 1 but one that many agree is undeniable, is the notion that the shoe is the greatest invention by Nike.

Another monster from Nike, the Nike Air Jordan 1 was developed for one of the greatest basketball players to have graced the courts – Michael Jordan. Similar in design to the Air Force 1, it has the distinction of changing the way of how basketball shoes were worn while turning the sneaker industry upside down. A true collectors’ item, no conversation about classic sneakers is complete without mention of the Nike Air Jordan 1. 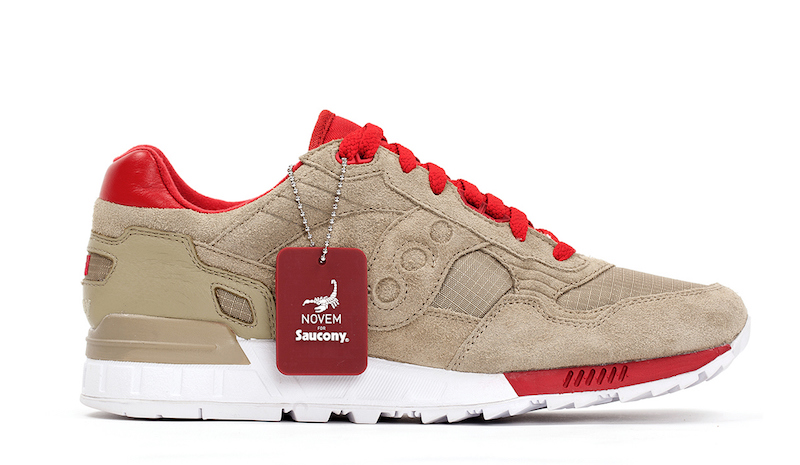 1st is first. Second is Nowhere.” This is the slogan that helped launch the Saucony Shadow in 1985. To date, it has become one of the most iconic sneaker from the brand and represents high performance, comfort and durability. The shoe glorifies simplicity as well as showing off the distinctive Saucony logo. As a result, many seekers of authentic classic sneakers have included the sneaker in their collections, sparking renewed interest in the Saucony brand. 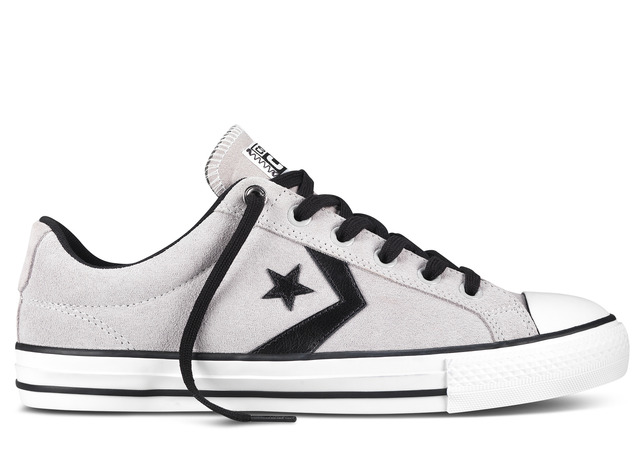 The Cons has the distinctive reputation of crossing over from basketball kick to legitimate skating shoes and has etched its name in modern culture. It was a favorite for collegiate players and NBA pros and has done nothing but extend the legacy of Converse in making comfortable and cool street classics. 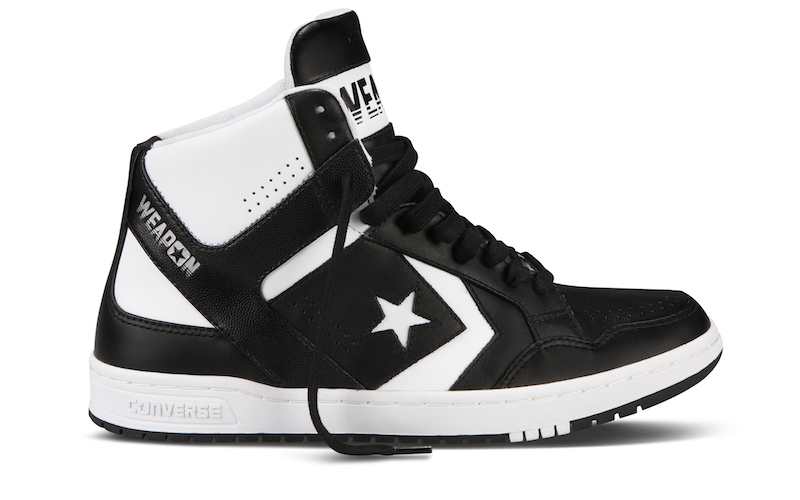 Released in the same year, the Weapon’s greatness has led to it overshadowing the Cons. This is due to the ties it forged with basketball history when it was worn by Larry Bird and Magic Johnson during the 1986 NBA finals, which is considered to be one of the most epic. The shoe is built on Converse’s patented Y-bar system, which made it the most intelligent sneaker at the time. Its presence on the courts, which spilled over to the streets, places the Weapon among the most legendary classic sneakers. 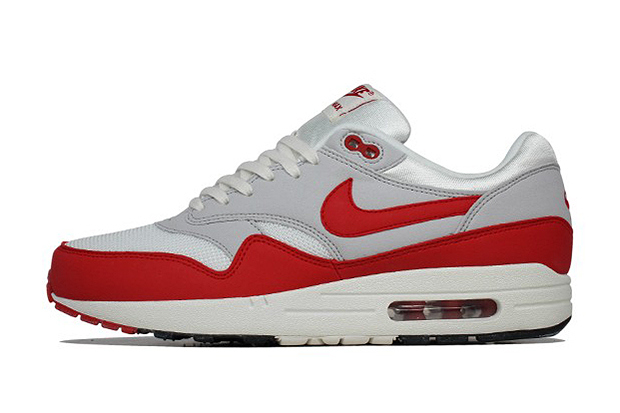 A new era in the running shoes world started when Nike launched the Air Max 1, the first shoe to show the revolutionary technology that the brand was using for years already. This innovative design was also a daring one, its creator Tinker Hatfield taking a chance, one that many did not believe in. What happened next is history, as a new line of shoes was born with numerous editions that followed year after year. 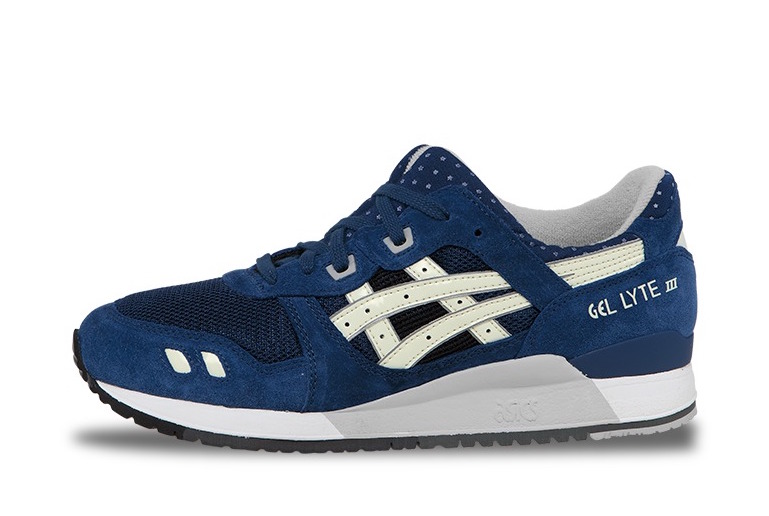 The first in the line of gel sneakers, which resulted from the discovery of ASICS groundbreaking gel technology, the Gel Lyte has stepped up to own its place among true retro classics. It is known for its distinctive split tongue, which was put in place to enhance comfort and stability. Additionally, it stands out due to being among the lightest sneakers around, using nylon, mesh and suede. The line has spawned the Gel Lyte II and III, the latter of which has been celebrated as one of the best from ASICS. 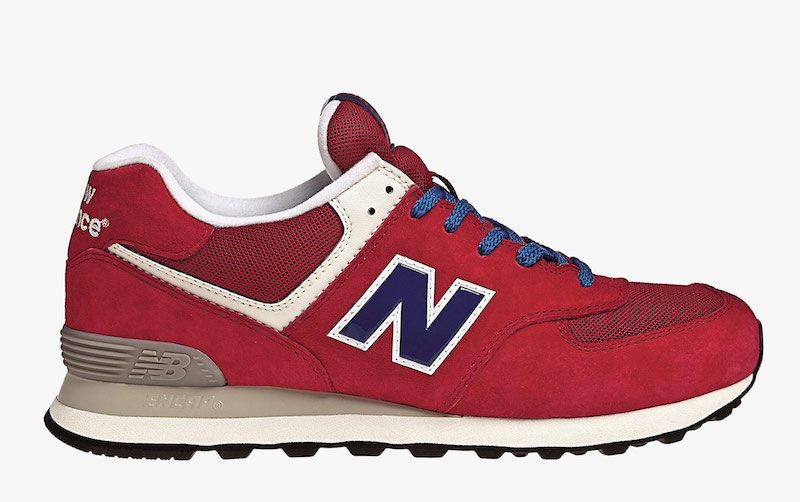 New Balance is known for its innovation and when it came out with the new 574, featuring its cutting-edge ENCAP midsole, it was obvious that the brand was onto something. A hybrid that was made from leftovers of the New Balance 576, the shoe has a true retro look and feel, combining suede and mesh and is now available in over 80 colors. As a result, the 574 is seen as the most enduring retro shoe for men from New Balance, one that also served as inspiration for many contemporary styles like the 327 and more. 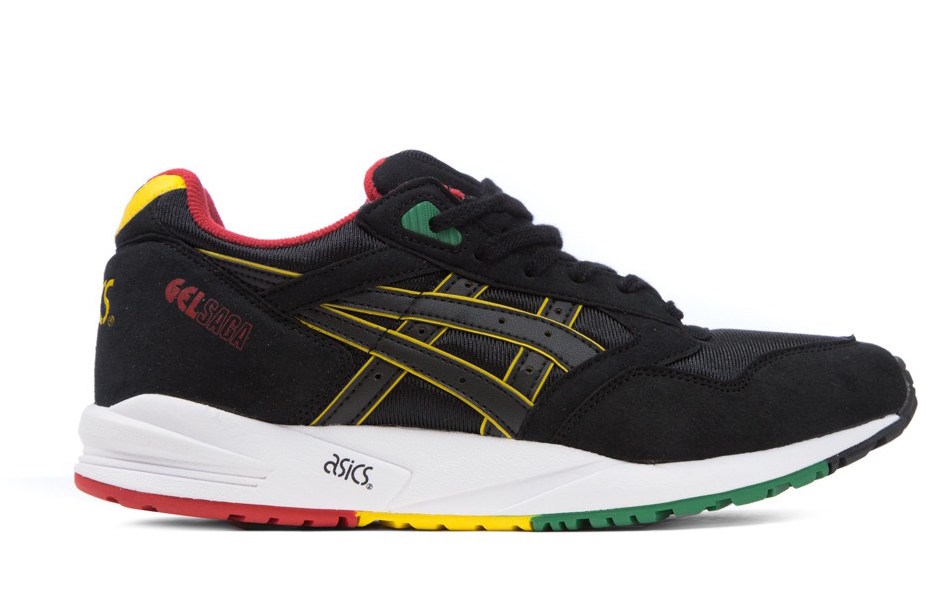 ASICS has found another gear ever since reissuing a number of its old classics. Among the most iconic pieces of footwear to have come from the camp is the Gel Saga. This shoe is one of a few that came about as a result of ASICS’ gel technology, which was discovered in 1987. It involves a gel innersole, which added new meaning to shock absorbance and comfort. Now available in numerous colorways, the Saga has cemented its place among the best retro sneakers of all time by becoming a collectors’ item. 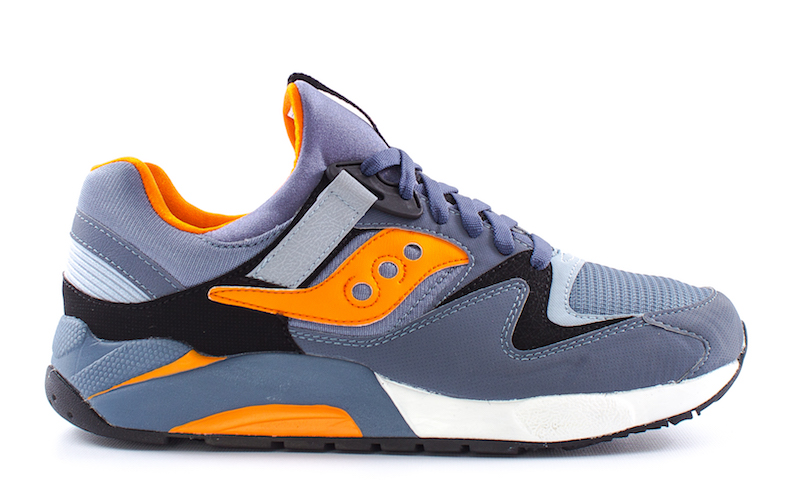 Another sneaker with significant ties to history, the Saucony Grid series was inspired by the video game culture of the early 1990s. It combined breakthrough technologies in shoe design with the new 16-bit capabilities of graphical systems running video games. As such, the shoe line became a favorite with the ‘hip’ gaming crowd of the day and, with the growing market for true classic sneakers, has continued to be a staple for the brand, resulting in newer releases that are high in demand.

As history continues to be made, these and other retro shoes have continued gracing the feet of men everywhere. As can be seen from the timeline, the 80s saw the creation of many of the most celebrated kicks and is seen by many as the decade when the sneaker industry really came to life.

FacebookTwitterRedditLinkedInWhatsAppTumblrPinterest
By Marc Andrews|2022-11-19T08:52:45-06:00August 30th, 2020|Featured|Comments Off on Best Retro Sneakers Of All Time