Vans is doubling down on their Disney Collaboration this year with an all new Holiday line of shoes and accessories featuring characters and scenes from "The Jungle Book", "101 Dalmatians" and "Alice in The Wonderland" .  The main characters from these beloved Disney movies find themselves once again in the spotlight with this new series, another reason to celebrate these classics of our childhood. Along with brand new artworks, Vans reintroduces the popular Authentic Dalmatians in red and white, originally released in 1990 in a custom "Made in USA" edition. Surely it will make an impression once again with this new release. As with the collection released early in the year , The SK8, Authentic and Slip On are featured with dashing prints that will make Disney fans go nuts!

This year’s edition of the Vans Disney shoes in 2015, named “Young at Heart" was released in June and it is the most elaborate so far of the collaboration between the two giants. It comes at time when Disney and Vans celebrate decades of existence, 60 years and 50 respectively. The connection between the two brands seems to be much deeper than we may think, the two having locations only miles away from each other in Southern California back in the 60's. In an interview done for LA Times, Steve Van Doren, the son of founder Paul Van Doren , told readers how his father established a strong connection with the Disneyland location soon after he built the shoe factory only a mile away by providing customized Vans Disney shoes to park's employees in the 70's and private label shoes for Disney stores a decade later. Bringing back some of these styles in 2015 is a big occasion for both brands. According to footwear designer Carlos Garcia they weren't sure if Winnie the Pooh was a good match for a pair of skate shoes but once they included the helmet in the print it was a no-brainer.

Classic new artwork and more modern ones are to be found on Vans styles such as the Slip-On, Authentic or Old Skool. This time the collection features not just Mickey Mouse and Winnie the Pooh but also Minnie, Donald, Pluto,Goofy and other Disney fairy tales characters. The vibe around this 2015 collection makes us think that more designs will be released throughout the winter holidays. Other collections like the Star Wars or the DC Comics from Converse have enjoyed enormous success in the recent years, proving this generation’s appetite for printed sneakers, especially when well-known heroes of their childhood are featured. Another thing that is special about this collection is that the designers have included Mikey Mouse somewhere on each single Vans Disney shoes, adding more fun to the collection by engaging the fans to find this detail on the prints. Also, the 2015 collections goes beyond Vans Disney shoes concept, inducing a large array of accessories, including tees, hats, backpacks and socks, both for men’s and women’s.

In 2013, when Vans Vault celebrated 10 years of existence, the first official Vans Disney shoes collection was introduced. Vans Vault was created by the brand to celebrate decades of heritage in the skateboarding and surfing world and sync with modern street fashion, music and art. Since its creation, Vans Vault has came up with new versions of their classics thru new collaborations, new materials used and contemporary colorways. In this context,the shoe brand recreated the prints from the 80’s and featured them in their Vault OG Classic Collection.This was the fourth installment of the Vault series that year and included Disney artwork with Mikey Mouse, Donald the Duck and Winnie the Pooh on classic Vans styles such as the Authentic LX and SK8-Hi LX, summing up to a six pair collection. This edition included mens and women styles as well as toddlers. As a great way to celebrate their childhood heroes, the collection was a big hit among adults.

The two Southern California companies started this collaboration in early 80’s with a limited edition featuring classic artwork printed shoes made in USA, now valuable collector’s items. As expected, a product created by such iconic brands with so may followers and distinct cultures was welcomed. The idea of having Winnie The Pooh or Mikey Mouse on a pair of classic Vans skate shoes caught on immediately. While this initial edition was created for kids and women, it served as a good starting point for the future editions that included mens shoes in the equation. 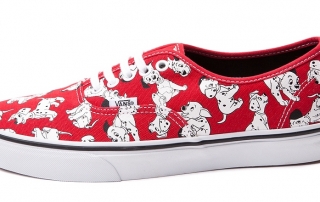 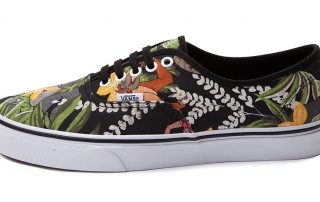 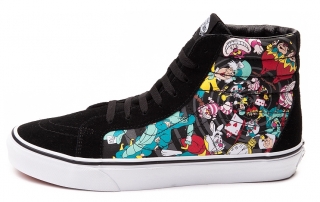 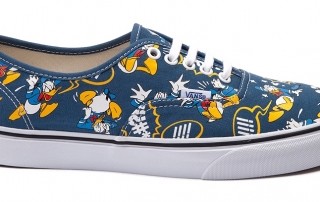 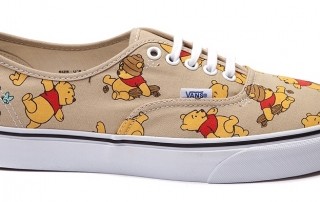 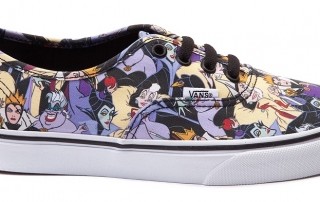 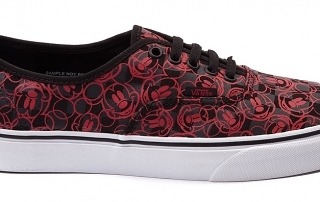 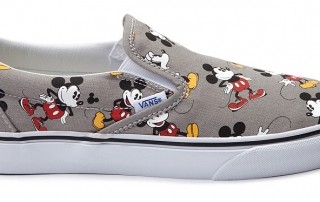 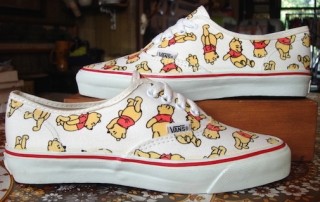 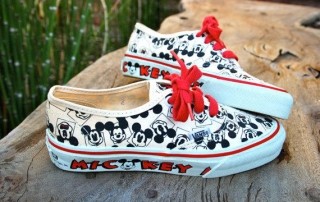