Vans is adding a new collection to their collaboration vault with the release of the Vans Toy Story shoes collection this week. The footwear brand has been a champion of such special editions, with memorable series made with Disney, Nintendo, Star Wars or Marvel, just to name a few. The Vans and Pixar partnership was rumored for some time now and fans of Toy Story franchise will finally see it materialize this week.

As with the previous collections, the Vans Toy Story shoes and apparel series is all about details. The shoe boxes are covered in the iconic clouds wallpaper from the movie, with both Vans and Toy Story logos imprinted. Most pairs have Andy’s signature on the outsole with the well-known reversed “N”.  The artwork is inspired from the adventures of Sheriff Woody and Buzz Lightyear, along with many other characters of the movie. 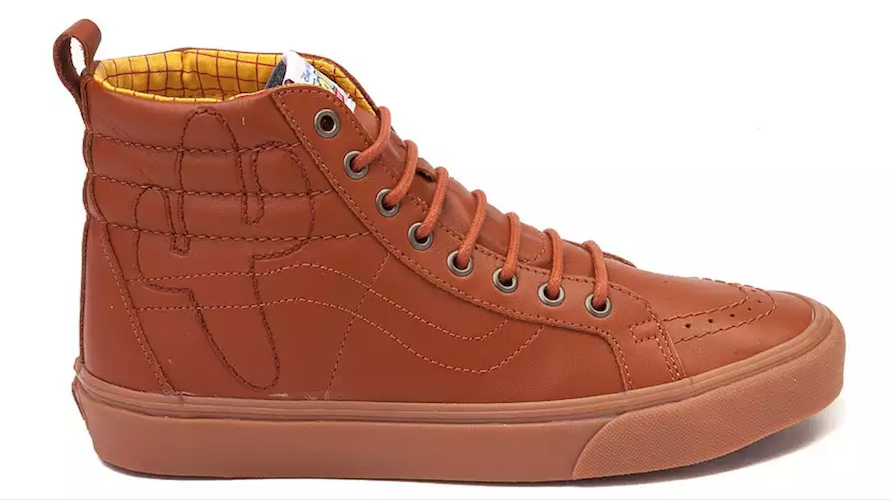 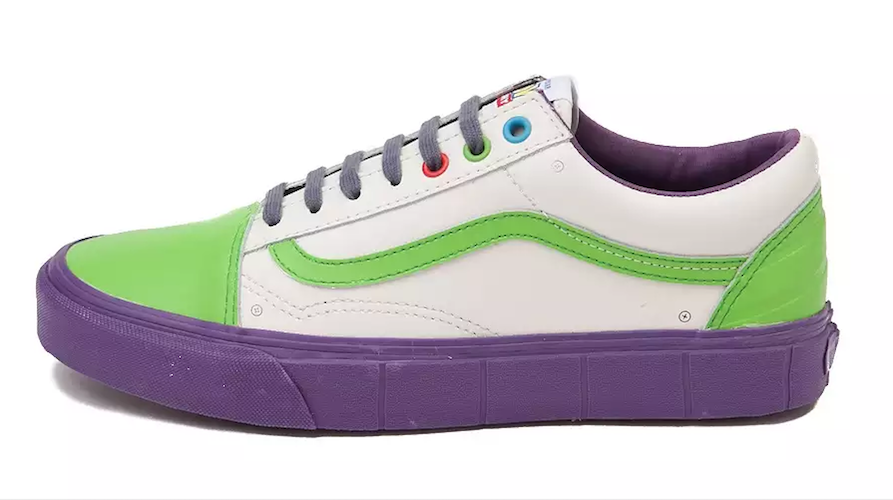 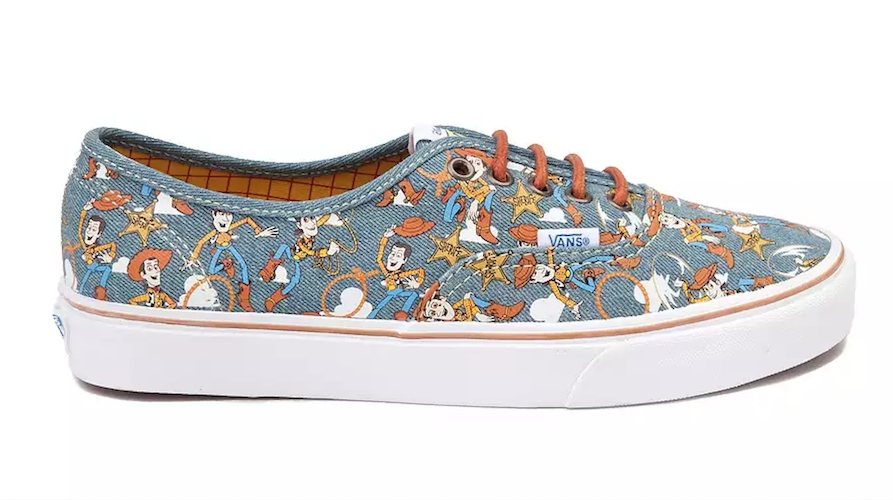 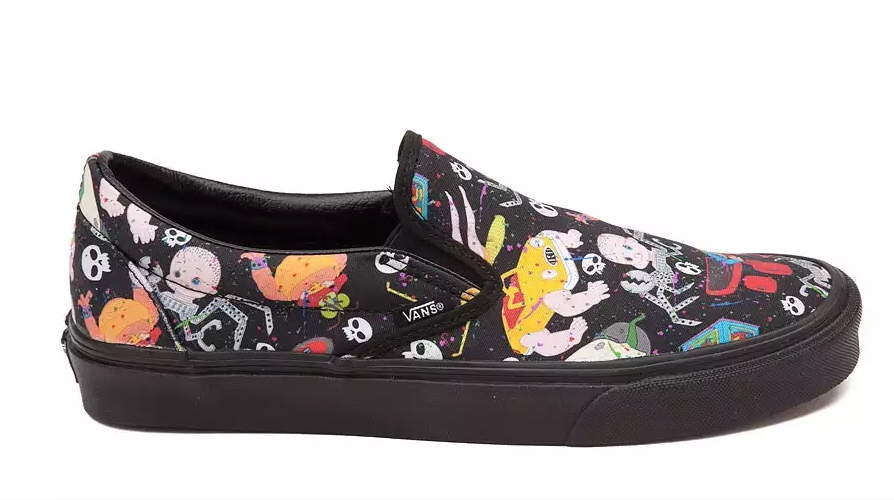 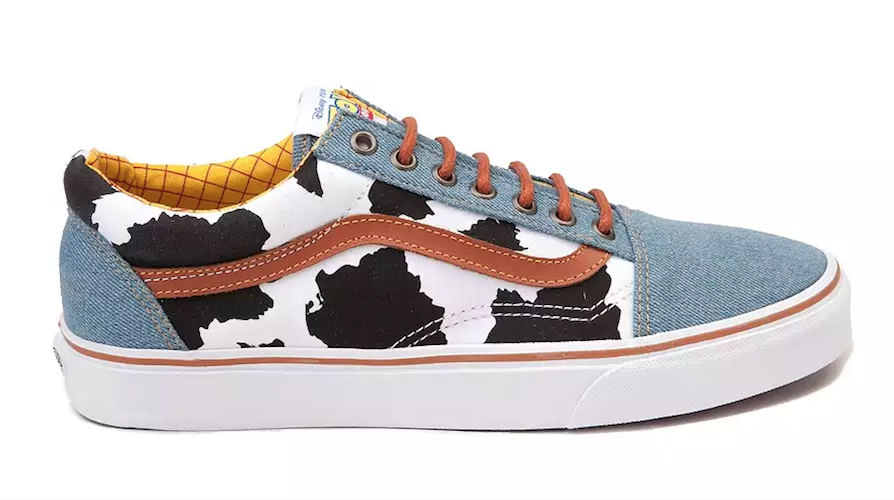 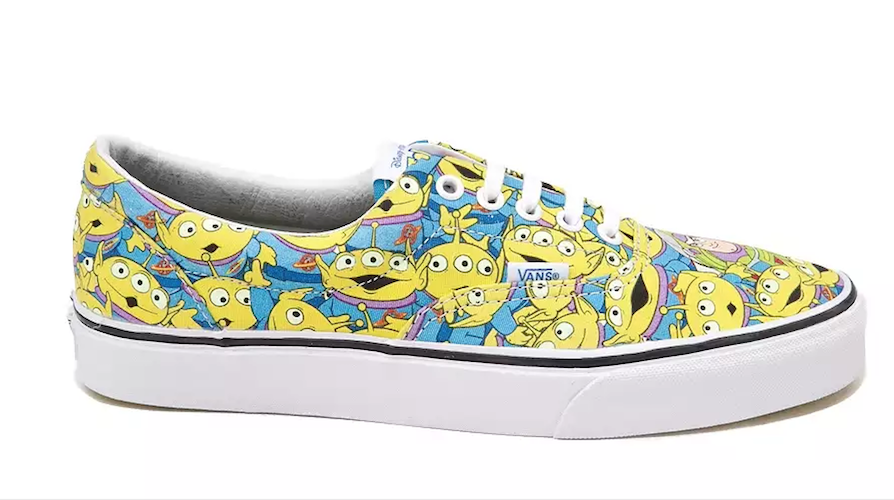 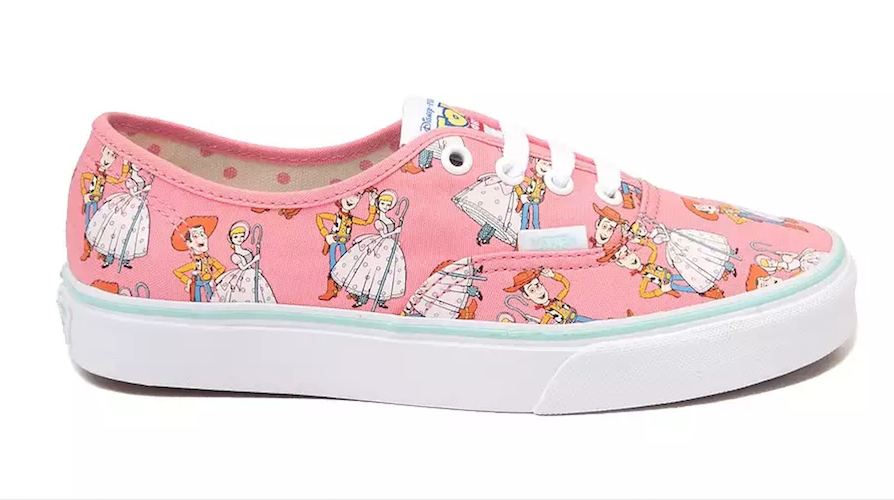 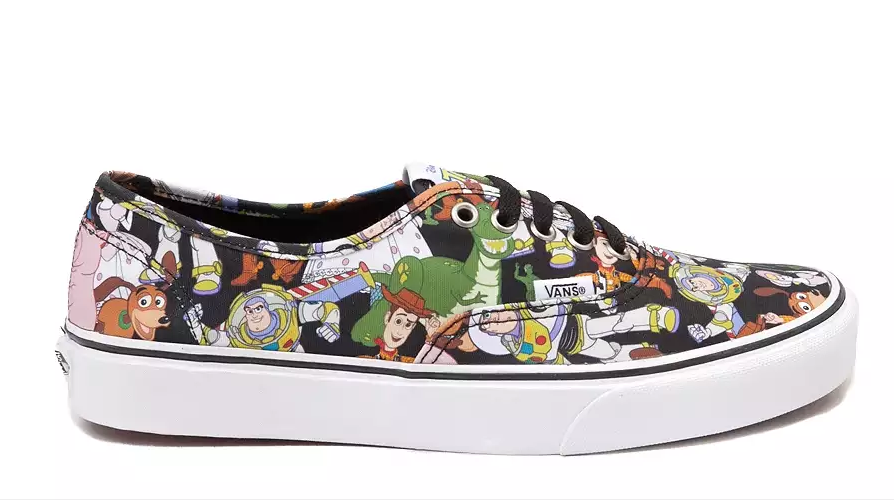 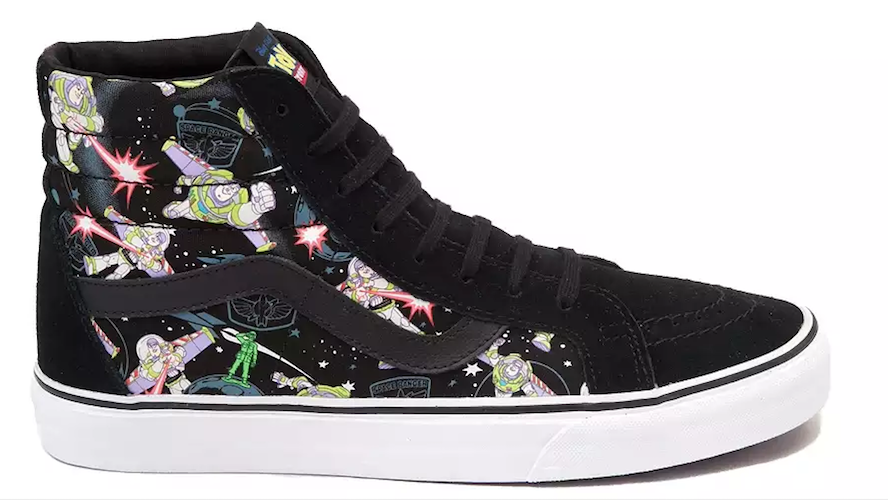 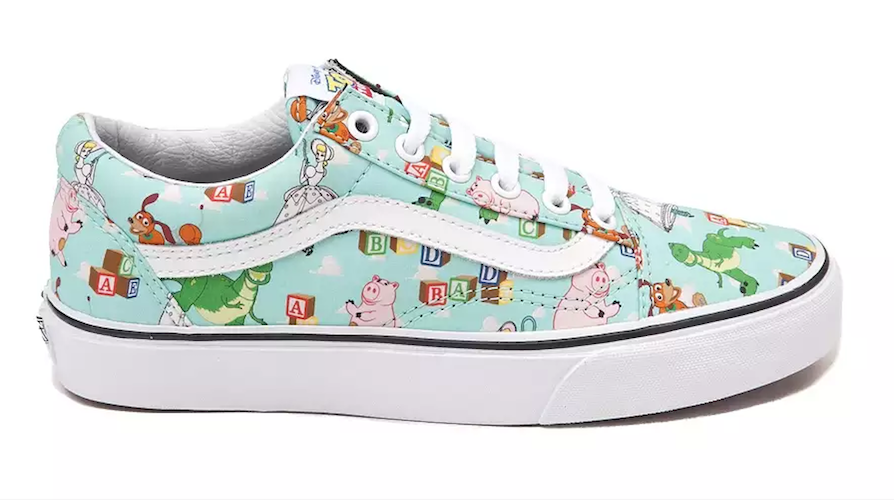 A pair of Vans SK8 Reissue PT in leather brown stand out in the Vans Toy Story shoes collection, being inspired from Woody’s cowboy boots, with a cactus embroidered on an all leather upper. Buzz Lightyear’s futuristic look has been transcended in pair of Old Skools in his white, green and purple colors. Sheriff Woody also gets its own pair of Authentics on a denim background as well as a pair of Old Skool with cow skin printed side panels. Woody can also be found on two other pairs of Authentics where is joined by Buzz Lightyear or Bo Peep, the latter on an all pink upper background. Vans added even more detailing to the SK8 Reissue featuring Buzz Lightyear flying in outer space, with the stars and lights glowing in the dark! Same glow in the dark feature can be found on the Alien printed Era pair. There is also a pair of slip-ons featuring Sid’s mutant toys: Roller Bob, Legs, Rockmobile and Baby Face.

The Vans Toy Story shoes collection is completed by several pairs for kids as well as two backpacks, shirts and ball caps. The release date is October 7th and you can already reserve your pair now at Journeys.