With a strong come back in the past few years, it is safe to say that there are a few classic kicks on the market having such an impact such as the adidas Superstar sneaker in 2015. The renowned classic has more than earned its name over the decades since it has been released. It has cemented its place in history as a true superstar performer, reaching iconic status, and stands out among its peers due to its unique, “shell-toe” design. Close to racking up 50 years since being in existence, the Superstar has the distinct reputation of influencing basketball and hip hop culture across several decades.

Introduced in 1969 as a lower top variety of the Pro Model shoe, the adidas Superstar was initially marketed to basketball players. This proved to be profitable for adidas, as it became popular among many of the top players in the NBA and NCAA at the time. NBA great, Kareem Abdul-Jabbar, was one of the most notable wearer of the shoes but by the mid-1970s, Adidas Superstar sneakers were being worn by over 75% of all NBA players.

Naturally, urban kids, who looked up to basketball stars, took a liking to the shoe and that resulted in the Superstar becoming a legitimate piece of streetwear. However, the shoe became a national phenomenon in the 80s after rap group Run-DMC wore the shoes on their stage performances. The group’s endorsement of the sneakers eventually resulted in adidas inking a $1 million deal with Run-DMC. The adidas Superstar sneaker in 2015 is getting more and more in touch with the new generation's idols. The brand applauded recently Kanye West for wearing the sneaker regularly, so a collaboration with the artist should't surprise anyone. One of the biggest collections of the adidas Superstar sneaker in 2015 is, without a doubt , the "Super-Colour" by Pharrell Williams, another pop music figure, which featured 50 variations of monochrome pairs of this renowned classic. This edition was a huge hit, selling out within weeks. The brand's approach certainly makes the story of this style to go strong and connect with the youth.

The design of the adidas Superstar sneaker in 2015 stayed the same. The all-leather upper of the shoe is complemented by the trademark shell-toe component, which allows it to stand out among other sneakers. The toe piece is actually protective rubber, which adds flexibility as well as further dimension to the overall look of the shoe. Inside is awash with plush, cushiony materials, all of which is backed up by a thick, shock absorbing outsole that assures miles of comfort. Predominantly available in black and white combinations, the adidas stripes on the sides have served the shoe well and has endured, even with numerous colors being added to the palette. The adidas Superstar sneaker in 2015 got a fresh makeover with monochrome bold color editions, both in the Pharell Williams collection but also the "City Pack" edition that came out in May. London, Paris, Berlin and New York are some of the cities celebrated in this collection on suede upper Superstars. In the summer the "Pride Pack" series adidas made a statement by releasing two of their most popular styles - the Superstar and Stan Smith some exquisite designs, with LGBT community's colors splashed over the classic white and black.

The adidas Superstar sneaker in 2015 is poised to remained a timeless classic with no end in sight. It has been and continues to be the top-selling shoe for the brand and is considered a mainstream icon, having created an impact on music, sports and varying cultures. 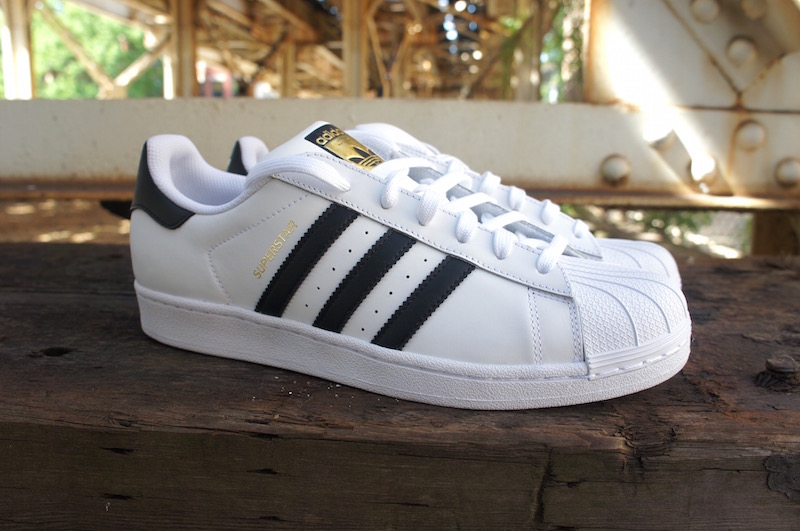 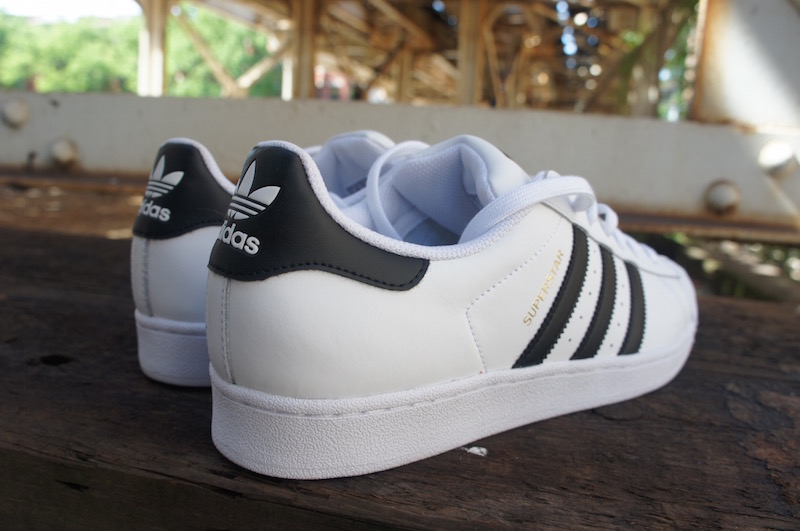