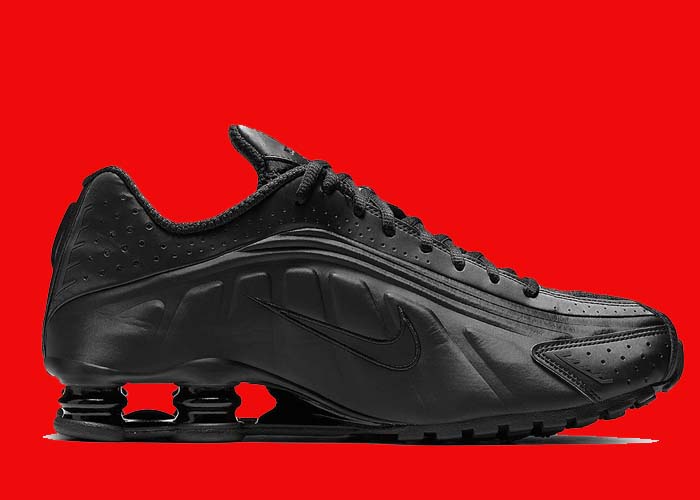 The classic Nike Shox R4 is making a return this year in its very popular triple black colorway. The Shox technology was introduced almost 20 years ago and it was at considered at that time as revolutionary. Over time it became a classic, even if Nike came out with a modern version last year. The R4 is one of the first styles with Shox columns for cushioning that was brought back last year in 2018 as well. The upper is made of synthetic leather with mesh while the sole combines EVA with the Shox outsole.